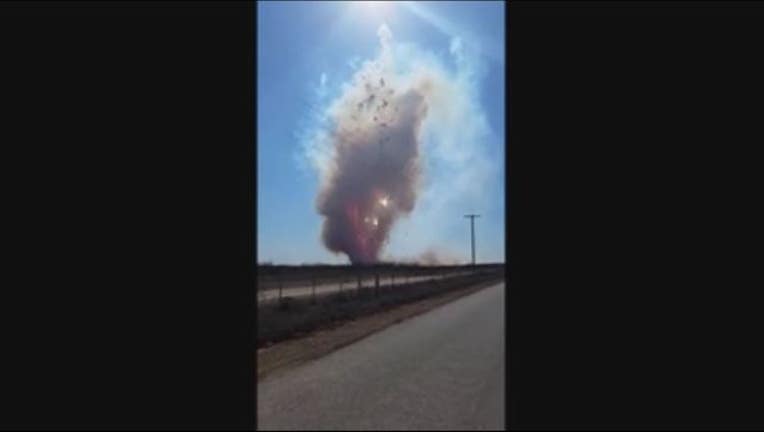 MIDLAND, Texas (WJBK) - Ever wonder what 20,000 lbs. of fireworks going off looks like?

A police department in western Texas recently shared video on Facebook that shows the disposal of approximately 20,000 pounds of fireworks.

The police department says the disposal of the fireworks was very informative for their bomb techs. The station added that they destroyed the fireworks during the day because it "was not meant to be a fireworks show."

Click here to watch if you cannot see the embedded video above.