One person is dead after crashing in a head-on collision on I-94 on Thanksgiving Day. Police say the driver had left his home after a family argument in Roseville.

ROSEVILLE, Mich. (FOX 2) - One Macomb County family is reeling after a tragedy that started as an argument, escalated to a shooting before ending in a head-on collision on I-94 on Thanksgiving Day.

Roseville police said a shooting occurred during a family fight at a townhome Thursday. A person involved in the incident sped away from the home before driving the wrong-way on I-94.

The driver eventually crashed head-on with multiple vehicles. They died from the collision.

One neighbor said him and his family were eating dinner when sirens could be heard.

"Too much craziness for one holiday," said one witness.

The scene of events started around 4:45 p.m. when family trouble brewed at an apartment complex in Roseville, near 13 Mile and Masonic.

Police said shots were fired during a fight between relatives, which prompted one individual to drive off. They entered onto I-94 near Little Mack and began driving the wrong way down the highway. 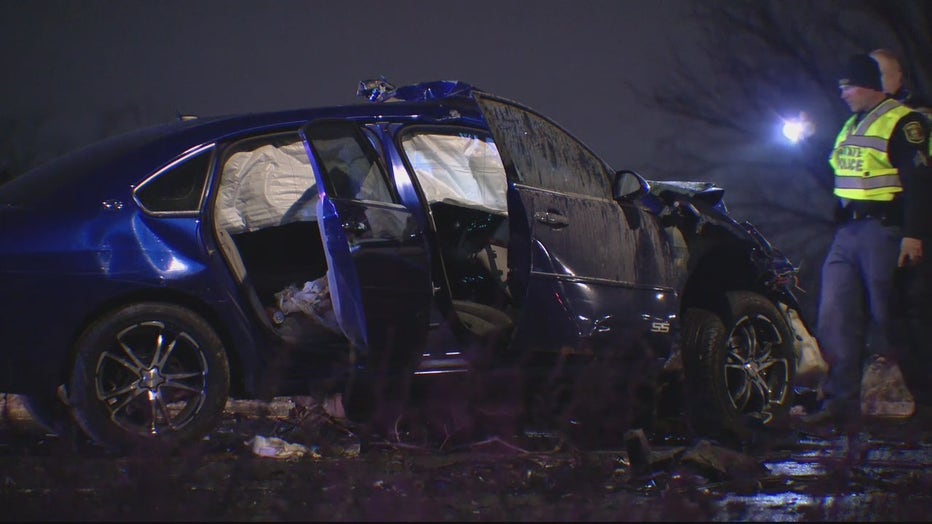 Several vehicles were damaged in the head-on crash on I-94 Thursday.

Police said the reckless driving ended in a head-on collision. Multiple vehicles were damaged and several individuals were seriously injured.

The crash shutdown the highway for hours on Thanksgiving Day.

Roseville police are still untangling the scene of events and are being assisted by Michigan State Police.