A deer was filmed running around in a southern Michigan church on Nov. 15 - kicking off the first day of hunting season with a twist.

According to Paster Amanda Eicher, who videoed the deer, she, her husband, and another pastor had all walked into the church's office Monday morning and noticed some light coming from a darkened window in the auditorium.

It happened at the Grace Christian Fellowship church in Sturgis.

"When I peeked inside, I saw the window was broken and heard loud banging. My husband rushed in and found this 10-point buck. On the opening day of the gun season of all days!" said Eicher.

The deer climbs up the stairs, acting erratically as it ran back and forth above the auditorium. 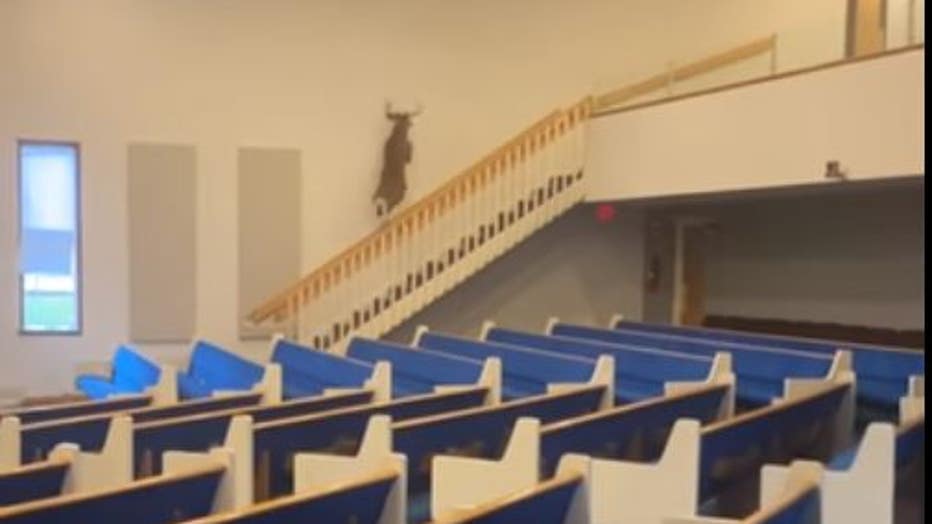 Eventually, it ran back down the stairs and as soon as it found the window is jumped through, it hopped on out.