MICHIGAN - The Great Lakes water levels have gone from a record low to a record high in record time, said Liesl Clark, director of the Department of Environment, Great Lakes and Energy.

It's taken six years to set those new benchmarks. But since lake levels eclipsed their monthly highs in 2019, the region has continued breaking other records as well. Michigan is currently in its wettest period ever. The ice coverage over each of the Great Lakes is either at or below its lowest recorded levels. But even with the lack of ice, the amount of water evaporating off the lakes is far below the average rate over the last five years.

This combination of high precipitation and low evaporation, coupled with 2020 lake level measurements starting at such a historic high adds up to some extreme predictions for the next six months.

"It would take very dry conditions to bring us back down to normal. Even if this year we had the driest conditions we've seen, we would still be above normal," said Lauren Fry, the technical lead for Great Lakes hydrology at the U.S. Army Corps of Engineers. "In our latest six-month forecast, (the Great Lakes) will be setting new records each of the next six months."

As residents and government agencies plan for what potential damage the high lake levels may bring in 2020, experts are asking if this new trend of record-breaking is the new normal.

"That's the big unknown. With everything going on climate-wise, globally, is this the new normal?" asked Climatologist Richard Rood in an interview with FOX 2's Derek Kevra earlier this week. "Is this the start of what's ultimately gonna be the new normal?"

That's a hard question to answer, Warning Coordination Meteorologist Richard Pollman said. Even with 125 years of Great Lakes weather data, he said it's unclear what long-term effects a warming planet will have on the region's water levels.

"One thing that is clear in climate science is that a warming planet does lead to weather conditions across the northern half of the U.S. and most of Canada, especially in the winter and spring," said Pollman, who works at the Detroit Pontiac NWS station.

"Basically, warmer air holds more water, and that water is available for precipitation," he added.

Michigan's rainy and snowy conditions have culminated in the state's wettest 4-60 months in recorded history. It's possible these conditions could continue as well. Rood said no evidence supports the Earth's continual warming will slow down anytime soon. Last year, the planet recorded its second warmest year ever.

Contrary to the global record, Michigan experienced a relatively mild 2019. Last year ranked 69 out of 125 for highest average temperatures. While increased heat wasn't as much of a factor over the warmer months, it's played a role in ice cover this winter.

As of Feb. 26, only 9.6 percent of the Great Lakes were covered by ice. More than half of the Great Lakes had ice by this time last year. Because evaporation is a key factor in determining lake heights, it would feel intuitive to expect more water to leave the lakes since the process can't be interrupted by ice cover. But experts say it's not that simple. 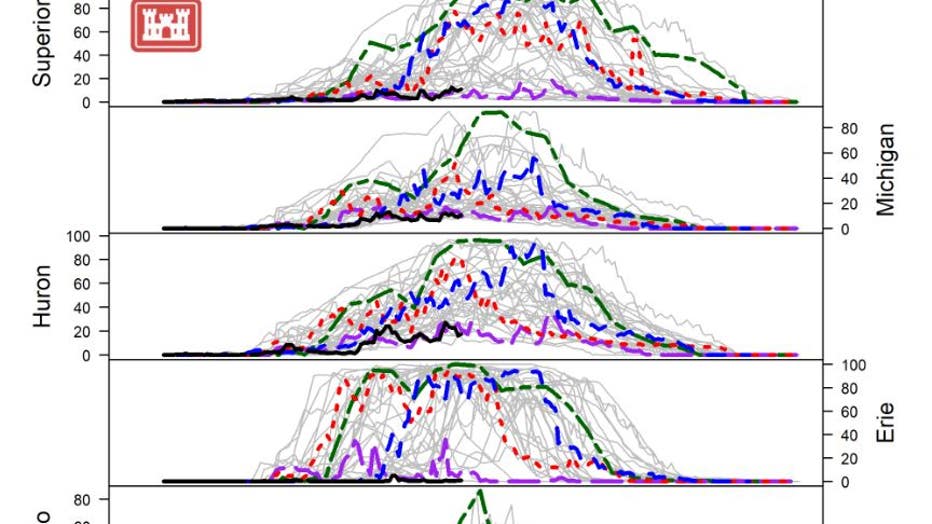 "I think people want to tie that (ice cover) to the potential for increased evaporation," Fry said. "It's actually more complicated than that. Think of evaporation as driven by an energy exchange between air and surface water temperatures." 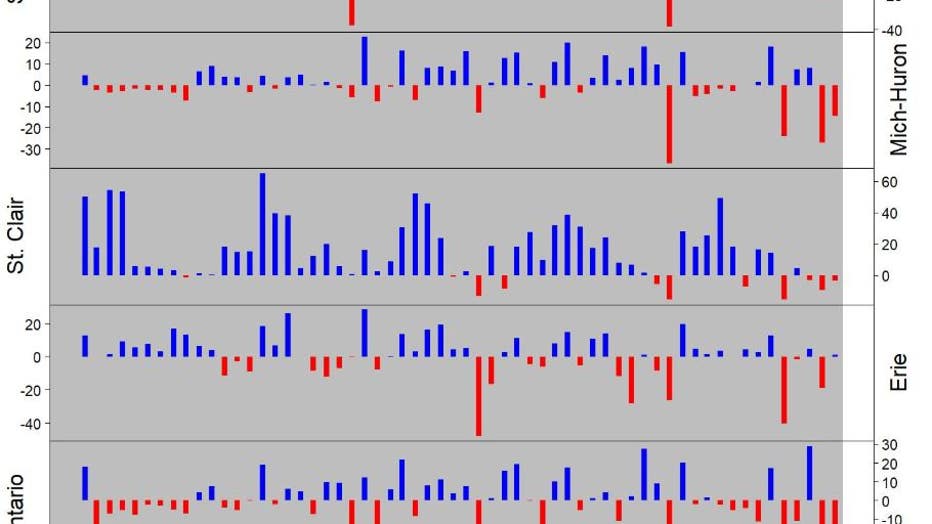 Rates of evaporation across each of the Great Lakes. Rates have been below average across all lakes except for Lake Erie. (U.S. Army Corps of Engineers)

These extremes have exasperated problems for state regulators tasked with mitigating damages to infrastructure, shoreline properties, eroded beaches, and cities located in floodplains.

"I can't recall us doing this on such a large scale before, so I think in terms of high water levels and the reach we're trying to pursue, this is a first," said Phil Argiroff, an assistant director at EGLE who manages water quality programs. "We're trying to be preventative, not reactionary. Plan now for the situations in early summers (we'll expect to see)."

When it comes to mitigating potential damages to road infrastructure, the only two options available are moving the road or putting in shoreline protection.

"Those fixes are very expensive, but we know when you get into long-term inundation, the price tag goes up (even more) and solutions get even more complicated," said Jerrod Sanders, another assistant director who oversees water resource programs.

To ease the permitting process for building shoreline protections and erosion controls, Sanders said they reduced the timeframe for installing protections.

The state sent out 25,000 emails to consulting companies, municipalities, and any other groups or people around the state with discharge permits to conduct vulnerability assessments of their infrastructure. Earlier in February, several department heads and representatives from all layers of government convened at a high water summit to assess the next steps. 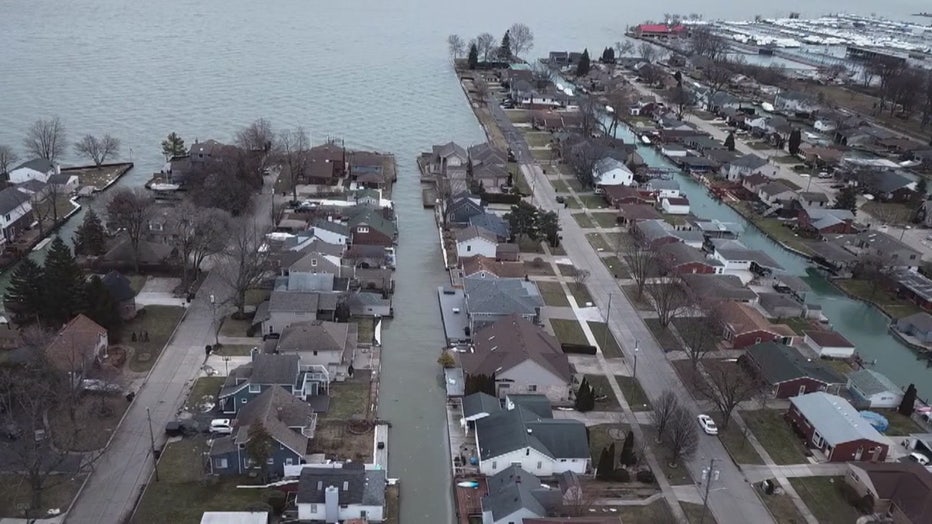 "We need to prepare for a long year. We're hoping for the best, hoping we get a dry spring and see the lake levels go down," Sanders said, "but I think it's almost an obligation the state and local governments and the feds prepare for a pretty challenging year ahead."