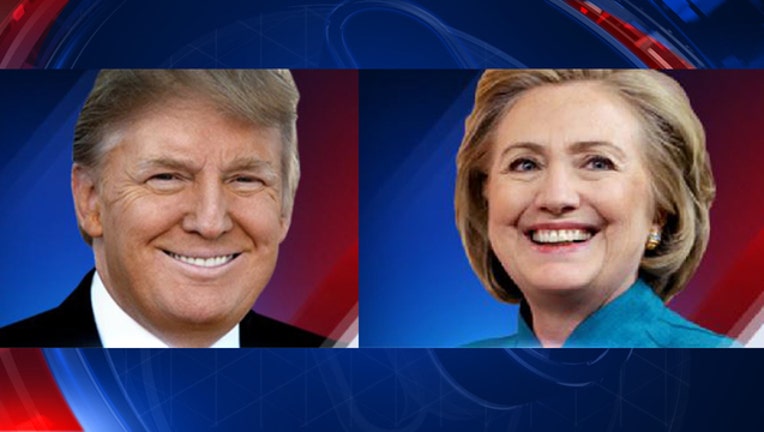 (WJBK) - While many of the commentators and the chattering class have come unglued over the latest round of Donald Trump-isms regarding the ethnicity of a judge and the president's comments about the shootings in Orlando, the first guy to endorse the Donald in Michigan is as sanguine as you could be.

"He's speaking what people want to hear. That's what's actually out there...He's doing what I believe is correct and that's telling people what he thinks." That from the former GOP Speaker of the Michigan House Rick Johnson who was ahead of the curve on this Trump phenomenon.

Mr. Johnson's office mate in the next room is also a former Speaker, Democrat Lou Dodak. The two are now lobbyists together but are miles apart on Mr. Trump.

"In reality it's quite dangerous for our foreign policy," retorts Mr. Dodak.

He, of course, is a Hillary Clinton supporter and the two disagree on that, too. "She is scary," Mr. Johnson asserts and Mr. Doadk thinks she will do just fine, especially since she will be getting advice in the Oval Office from her hubby and former president Bill Clinton. "We're going to get Bill Clinton back in the White House."

In this contest, the focus has always been on what Mr. Trump utters. Early on the know-it-alls predicted he would offend so many ivoters that he could not possibly get the nomination. Mr. Dodak was one of those recalling he first tagged Mr. Trump with "shooting from the hip and being a loose canon."

But the downfall never happened and the "cannon" has the nomination.

Mr. Dodak observes, "I think he has his core of supporters but he has to reach out and get the majority vote. I don't think he can win with just the White vote. He will need minorities, the Asians, the Hispanics, the Blacks" and he predicts he will have challenges with women. "You see the true character of Donald Trump when he speaks his mind."

His partner was asked if the Trump rhetoric could do him in with the general electorate?

Adopting the Alfred E. Newman philosophy of "what-me-worry?" Mr. Johnson opines, "I don't think so. I maybe would not have made them (controversial remarks) the same way, but I'm not Donald Trump. He has gotten to where he's at, speaking his mind and I hope he continues to do that."

However Mr. Dodak thinks the Trump style won't play well as you ponder the possibility of a President Trump having his finger on the you-know-what button.

"That would be scary. I don't think he has the temperament to run our military and have the nuclear arsenal at his disposal," the Vietnam war vet explains.

Mr. Johnson and Mr. Dodak continue their political disagreements even when it comes to Mitt Romney, one of the establishment hold outs who has thus far declined to take a seat on the Trump bandwagon. "Mitt is right," the ex-Democratic speaker argues. Trump isn't qualified.

To which Mr. Johnson shoots back, "Who says Mitt is qualified?" Mr. Johnson backed the Romney ticket but wonders, "I don't know where he is?"

Reminded that Mr. Romney was speaking his mind, ala Mr. Trump, the ex-GOP Speaker offers Romney "didn't in the past (so) maybe he's learning from Trump to speak his mind. Trump is going to win with or without Mitt Romney. That's not the issue."

Asked if Mr. Trump is everything Mr. Romney wasn't, "Actually that's pretty close to the truth."

In the end the Trump candidacy does come down to his ability to expand his "tell-it-like-it-is" base to a broader audience.

It's sort of like the comedian who is very funny in a club with about 50 patrons in the seats. But will he still be funny when there's a stadium of 50,000?

We're on a journey to find out.