LOS ANGELES - Jerry Douglas, known for playing the patriarch on the popular television sitcom, "The Young & the Restless," for over three decades has died.

Douglas’s death was announced by his family and confirmed by the show which posted an update on its Twitter account sending condolences.

"Please join us in sending our condolences to the family of Jerry Douglas, known for his long-running role as the iconic John Abbott on the The Young and the Restless. He will be greatly missed by the Y&R family," the Tweet read.

Douglas joined the cast of "The Young and the Restless in 1982 where he played Abbott, a wealthy chairman of Jabot Cosmetics.

When he was first cast, his character was known as a single father and was a mainstay of the show until his death in 2006 before returning as a ghost to counsel his children.

Douglas’ last appearance on the show was in 2016.

"Jerry came to Y&R in 1982 with an impressive résumé of credits," executive producer Anthony Morina told The Hollywood Reporter. "Our show was lucky to have an actor of his caliber join the Y&R cast and introduce the audience to the iconic Abbott family. His contribution to the legacy of Y&R as Abbott family patriarch John Abbott is still felt to this day. He will be sorely missed." 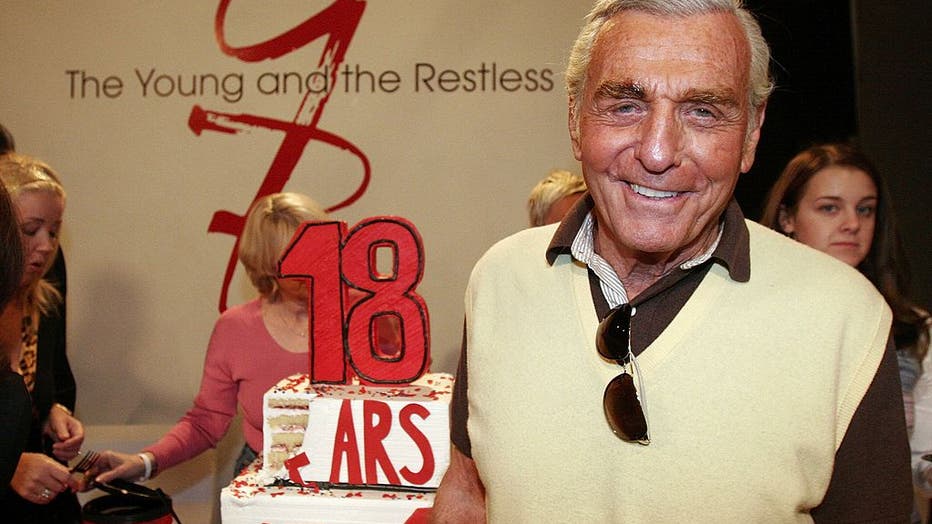 Actor Jerry Douglas attends a party celebrating The Young and the Restless being the number one rated daytime drama for eighteen years on Stage 41 of CBS Television City January 8, 2007 in Los Angeles, California.

Douglas was born on Nov. 12, 1932 in Massachusetts. After graduating college he moved to Los Angeles to pursue a career in acting. He got his first break when he landed the role of a gangster in the thriller "Blast of Silence" in 1961.

Since then, Douglas appeared in several television shows and eventually went on to star in several notable films including "Avalanche" and Oliver Stone’s "JFK."

Douglas is survived by his wife Kym Douglas and children Jog, Hunter and Avra and two grandchildren.