DETROIT - For decades, a collection of postcards found by a family have sat in their storage for decades.

This week, they were rediscovered and the lucky woman finding the old cards has made it a mission to find their owner. It's not going to be easy though, as the cards are old - really old.

Each card doesn't have a lot of information written on them. And what is written isn't very legible anymore.

So the story of finding these cards goes, the collection of cards was discovered by Daniels' brother while cleaning a home on Heyden Street on Detroit's west side in the '80s. The family that found them tucked them away. They were later passed on to Daniels' mom where they found a similar home hidden from sunlight and out of view.

"My mom held onto a lot of stuff. Older people that's what they do, they store stuff forever," said Daniels.

Dated 1901, dozens of lost postcards are still without an owner. One woman is trying to change that.

After being rediscovered multiple times, one woman whose family has been in possession of the cards is now seeking the family where the cards belong.

Daniels' mom died two years ago, which prompted her daughter to start the rummaging process that typically follows. And once again, those postcards fell back into human hands. Only these hands see a more altruistic motive to their find.

"I tried to get in touch with the people and I didn't have any luck so what I did is I wrapped them up and put them away and forgot about them," said Daniels.

Finally, we arrive at mid-to-late October, where after cleaning out the basement Daniels the letters turned up again. Unable to let go of the postcards, but having run into a wall with few other leads to chase down, she's taken her mission to any ears that might help.

"I was like 'wow let me call channel 2 and try to get these to the rightful owner,'" she said.

The anatomy of the letters feature a fancy script. However, the aging has made that script difficult to discern. Most cards are holiday greetings or congratulations notes. What is legible is the last name O'Donovan, and first names John, William and Winifred. The cards themselves span about 20 years.

The original address they were sent to is 125 Sixth St. in South Boston. Some of the cards even have references to Montreal and Quebec. Then there's the one photograph amid the postcards. It sports a man wearing black-colored garb in some sort-of outdoor setting. 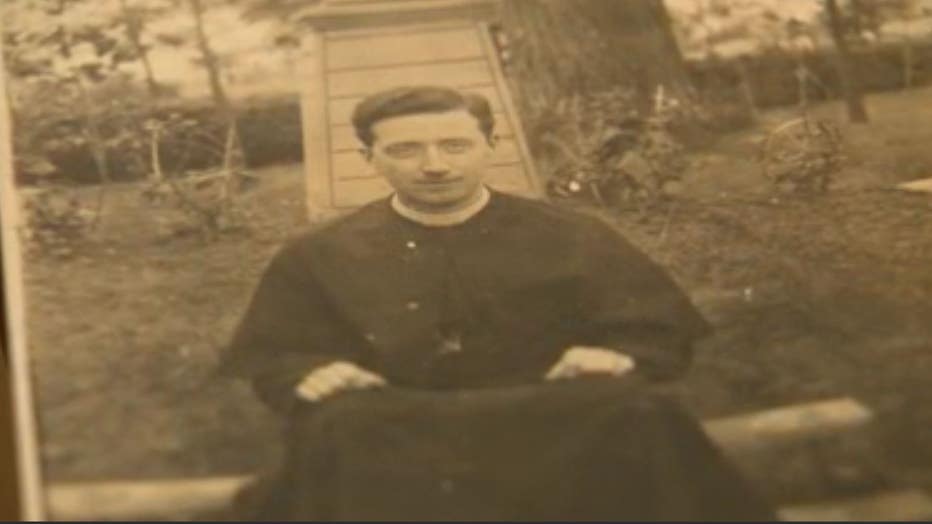 However, there's no saying how valuable this information could be - at least in the right hands of people who may know the individuals these letters were addressed to.

"I'm just wishing that the rightful owner get these because I know the person writing them might be deceased by now but their family member would love to have these," said Daniels.

And if you know who that person might be, reach out to the FOX 2 Newsroom and we can put you in touch with Daniels.