"This is bullsh*t man," Washington said.

Clint Washington Jr. a 33-year-old man from Harrison Township is charged with several felonies after police tried to pull Washington over in the area of 16 Mile and Jefferson. Already wanted after he never showed up for a murder trial in 2018, police had been seeking Washington when on Aug. 26 they tried to pull him over. Washington instead drove away, leading police on a chase. His hearing to determine if Washington's case would go to trial was postponed due to scheduling conflicts - much to his disapproval.

Washington was standing in court Monday, awaiting a decision if his case would go to trial. But that decision would have to wait until later.

"Nobody ain't giving no consideration for me," he said.

Washington, a 33-year-old man from Harrison Township is charged with several felonies, which stem back from an incident with Detroit police in August. However, his legal problems go back even further.

Washington was scheduled to testify in a murder trial in 2018 but never showed up. That case was temporarily dismissed. Then Detroit cops came across Washington and tried to pull him over on Aug. 26. Already with one felony warrant, he instead drove away, first driving toward two officers on the street. Fearing for their lives, both fired their guns.

Police discontinued their pursuit of Washington after he started driving through neighborhoods. They later caught him at a Soaps gas station in Detroit. The charges include an assault with a dangerous weapon and fleeing police. His hearing was postponed due to a scheduling conflict. However, Washington wasn't pleased.

"May I say speaks sir?" he asks the judge. "They was chasing me because I did not want to testify in a murder and put my family in jeopardy or put myself in jeopardy," Washington said. "This is the reason why I am here sir."

Washington's defense attorney argued that the reasons for the rescheduling were out of the suspect's control, and that shouldn't be his problem.

"My client is currently being held on a $100,000 cash surety bond in this matter. I know that these are some serious charges, but as we just went over, unfortunately, this matter was adjourned today and that's not our client's fault," said his attorney. "He really needs to get back out. I don't think that he is a flight risk."

Washington should instead, his attorney argued, have his bond lowered and be released on a tether because he "has people who depend on him." But that wasn't enough for the judge. 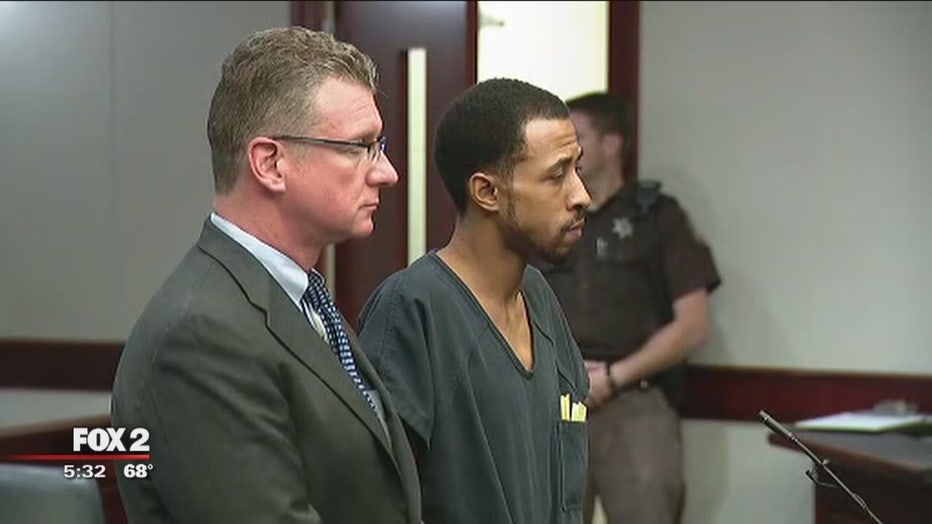 "You are charged with some very serious crimes here," said the judge. "Fleeing and eluding, shots fired, destruction of police property."

The preliminary hearing was rescheduled until Oct. and his bond would stay the same. Washington faces up to five years in prison.