In Taylor it was a celebration years in the making for the Little League World Series champs.

On Thursday thousands lined Goddard and down Pardee for the team's parade down to the park where a reception and fireworks show was to be held for the champs who beat Ohio 5-2 on Sunday in the title game.

Thousands came out to celebrate the 2021 Little League World Series champions Taylor North with a victory parade on Thursday.

FOX 2 and Charlie Langton were at the parade, which featured Taylor High School's cheerleaders, marching band, and other members of the city's baseball and softball teams.

Of course leading the pack emblazoned in a three-wheel roadster emblazoned with Taylor North's blue, orange and white team colors, were the coaches.

"This is just amazing, all these people out here - it just touches everybody's heart," said Manager Rick Thorning, as Coach Guido Ulin manned the steering wheel. "The support for these kids is just absolutely amazing." 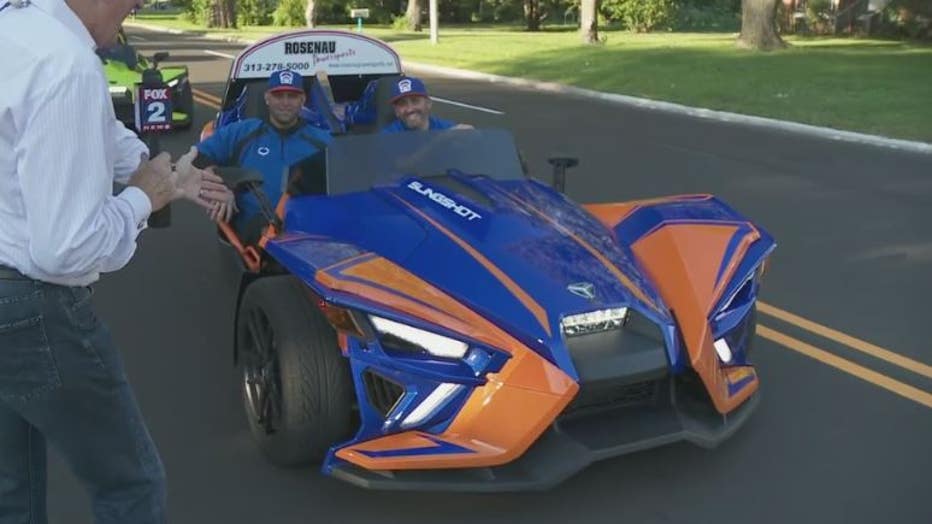 Riding on a pickup truck in the parade with teammates Lucas Farner and slugger Cameron Thorning, was Gavin Ulin, decked out in faux gold rope chain - adding some style to the festivities.

"I don't know, some dude just threw them to us," said Gavin, before adding, "This is great knowing all the support we finally have now." 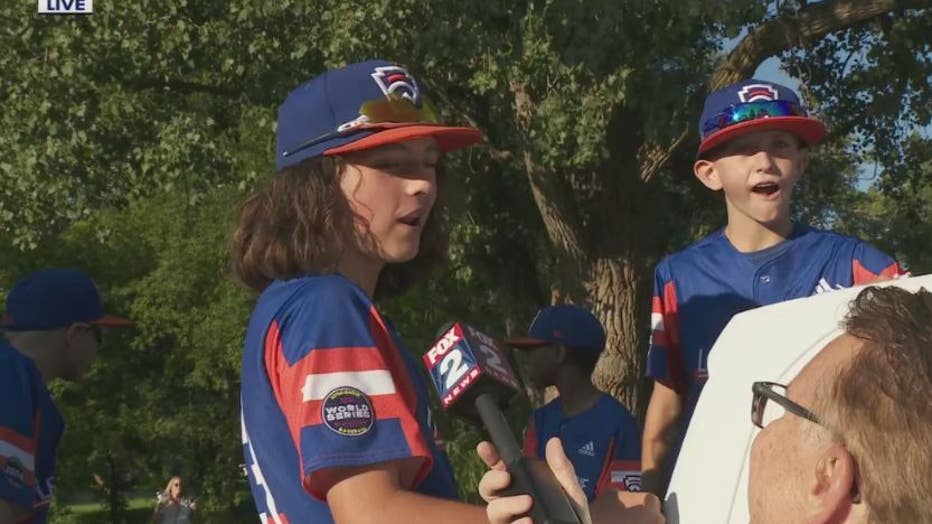 Ulin spoke about his next goal being the Intermediate World Series, joking that he had no problem if Nike or Toro wanted to sponsor him now. 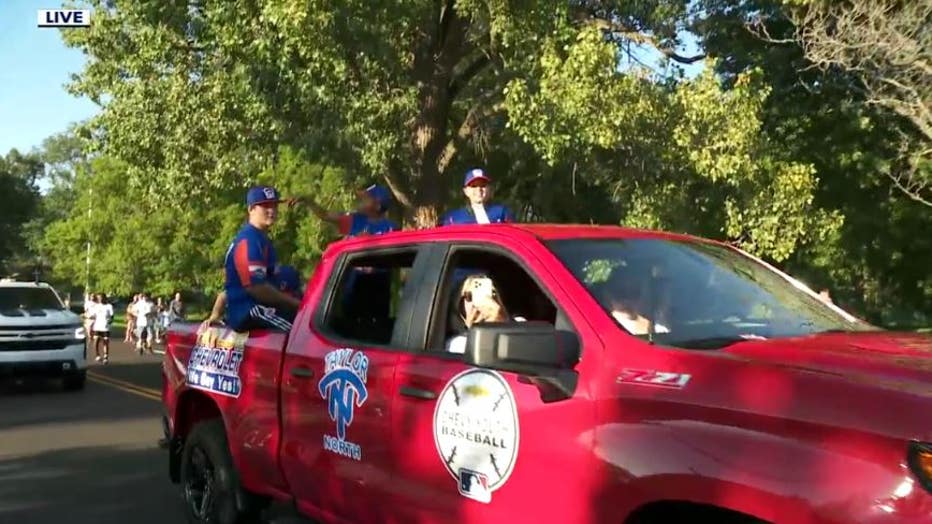 In another truck, standout pitcher Ethan Van Belle was using his arm to pitch candy to the children lining the parade route.

The last time a team from Michigan won the Little League World Series was more than 60 years ago with Hamtramck. That changed last weekend when the Taylor team won it all.