WYANDOTTE, Mich. - Three men are charged with felonies that could land them in prison for life after they stabbed two people numerous times.

Wyandotte Police located the three men within days of the attack and they were charged on Wednesday.

Dwan Jimerson, Derick Suppon, and Eric Pitt were all arraigned in the 27th District Court on Oct. 28.

Police initially responded to the 2900 block of Biddle in Wyandotte, only a couple blocks from the Detroit River and Bishop Park. 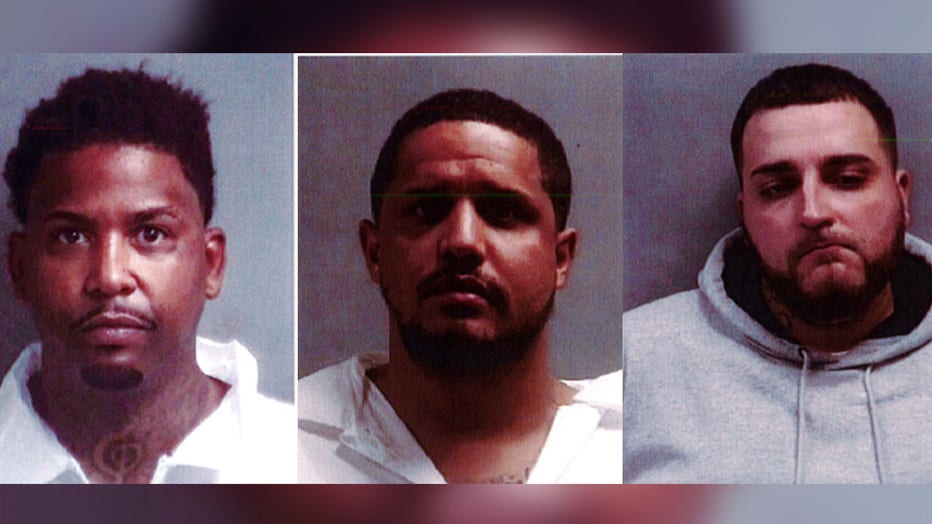 From left: Dwan Jimerson, 34, Eric Pitt, 29, and Derick Suppon, 30 were each face life in prison for assault charges.

Two victims were discovered in critical condition with stab wounds throughout their bodies.

A press release from Wyandotte police sent Thursday said officers located and arrested three men within 72 hours. The suspects, ages ranging from 29 to 34, were charged with several crimes, including:

Jimerson and Pitt were given cash bonds of $300,000 while Suppon was given no bond because he's on parole.

The three have a lengthy criminal history and "presented an immediate danger to the public."