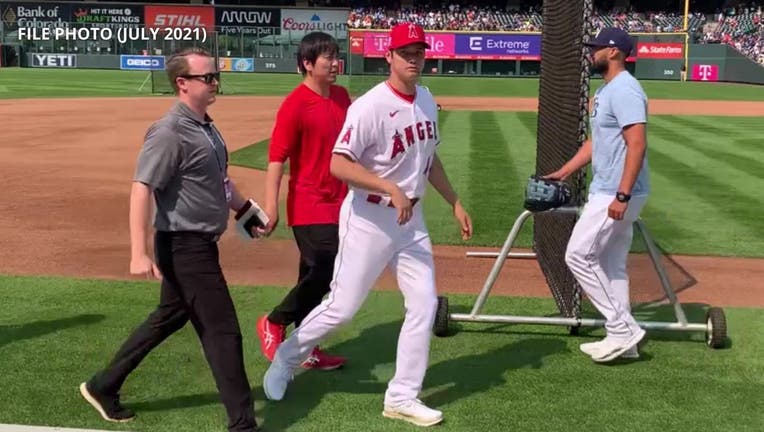 DETROIT (KTTV) - An analyst with the Detroit Tigers broadcast team was suspended after he made an apparent racist joke at Los Angeles Angels star Shohei Ohtani.

During Tuesday night's game between the Halos and the Tigers in Detroit, Bally Sports Detroit analyst Jack Morris was asked by his broadcast partner how Tigers pitchers should approach Ohtani, who is Japanese.

Minutes after the incident, Morris issued an apology on-air apologizing to the Asian American community:

"It's been brought to my attention, and I sincerely apologize if I offended anybody – especially anybody in the Asian community – for what I said about pitching and being careful to Shohei Ohtani. I did not intend for any offensive thing and I apologize if I did. I certainly respect and have the utmost respect for this guy."

Although Morris made an apology, the Detroit Tigers and Bally Sports Detroit continue to hold him accountable and announced Wednesday he has been suspended indefinitely.

"Bally Sports Detroit is extremely disappointed with the remarks analyst Jack Morris made during last night’s Tigers game. Jack has been suspended indefinitely from Tigers broadcasts and will be undergoing bias training to educate him on the impact of his comments and how we can be a positive influence in a diverse community. We have a zero-tolerance policy for bias or discrimination and deeply apologize for his insensitive remark."

The Detroit Tigers organization also released a statement Wednesday in support of their decision:

"The Detroit Tigers take immense pride in honoring the diverse cultures that make up our players, coaching staff, front office, fan base and community. We are deeply disappointed by the comments made by Jack Morris during the broadcast last night. We fully support Bally Sport’s decision and their on-going commitment to ensure that all personnel are held to the highest standards of personal conduct."

The Angels ended up winning the game 8-2.

Morris joined the Tigers broadcast team on multiple stints after putting together a hall-of-fame career as an MLB pitcher. Prior to joining Bally's Sports Detroit, his previous stops include stints with the broadcast teams of Toronto Blue Jays, Minnesota Twins and then back to the Tigers for FOX Sports Detroit.