One family in Armada talks about the severe damage their home suffered Saturday.

For retired Air Force veteran Larry and two-time cancer survivor Jackie Pasco, a house with the top taken off on Saturday wasn't in the plan.

"That's what's left of the John Deere and the trailer for it," she said, pointing 50 yards away.

FOX 2: "That John Deere right there? You didn't park that upside down?"

Shingles came off the top of the pole barn and his pickup truck took plenty of damage, too.

"I assume that will probably be totaled," he said.

The couple built their forever home in 2016 after moving around the country for the military. 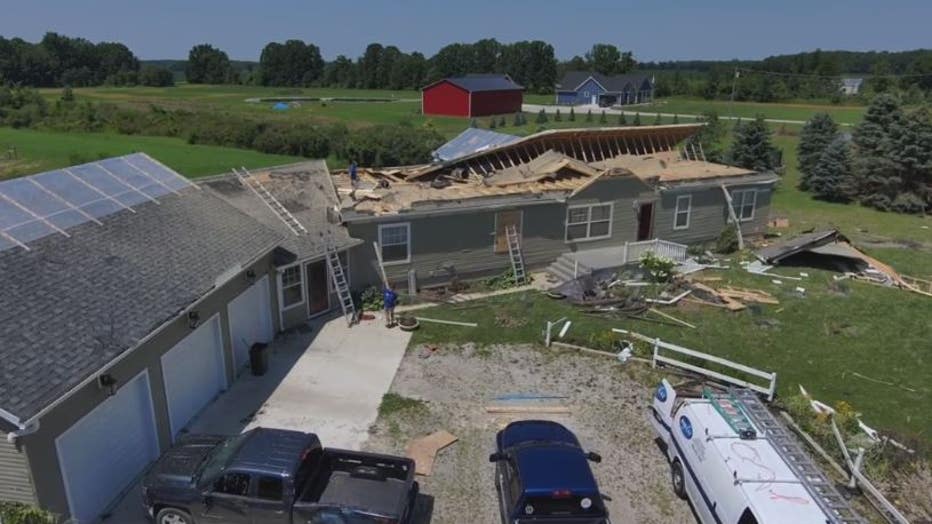 "This might be where our forever home will be, now we'll just have a different forever home but still here," Larry said.

The tornado was a direct hit on their house just before 8 p.m. on Saturday.

"I always tell you two by fours can become missiles at 90 miles an hour," Larry said. "Well, the thing was an EF-1 and 110 mile an hour winds? Yeah, there's your missiles."

The part of the house that took the most damage was the Pascoes' bedroom. They were not in there at the time the tornado hit. They were in the basement, but inside the bedroom was one dog.

"We only had two dogs downstairs in the basement," Larry said "One hid upstairs in our bedroom, didn't want to come, we said okay, fine. The other ones wanted to stay inside the kitchen - again, okay fine."

The Pascoes have four dogs. Ziva,  Mattila, Jethro, and Gertrude, along with dozens of chickens, rabbits, and even two turkeys. None of them were hurt.

The tornado traveled 3.6 miles with winds of 105 miles an hour. After crossing downtown Armada, it weakened briefly, before gaining strength one last time - directly over the Pascoes' house. 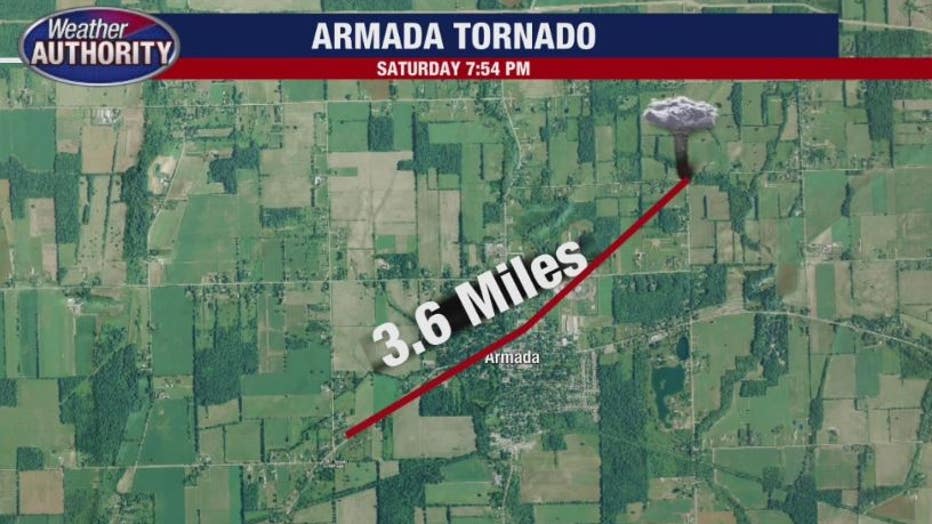