One person dead after crash and shooting on Detroit's west side

A traffic crash at Greenfield and Outer Drive led to an altercation and one person is dead and a second hospitalized.

DETROIT (FOX 2) - One person is dead and another wounded after a traffic crash led to a shooting on Detroit's west side Tuesday.

The crash took place at Greenfield at Outer Drive, with the shooting taking place after an altercation at Prest Street, one block to the east of the accident at 4 p.m.

A second driver involved in the incident is hospitalized according to police who say a Dodge Challenger with three males inside crashed into another vehicle.

The Challenger fled the scene and was chased by another car involved in the crash with two males inside.

They got to Prest and Outer Drive where shots were fired by individuals from both parties, fatally wounding one person and leaving another shot.

The second male wounded is hospitalized in stable condition.

At least 12 bullet casing markers are at Greenfield and Prest, according to FOX 2's Charlie Langton. 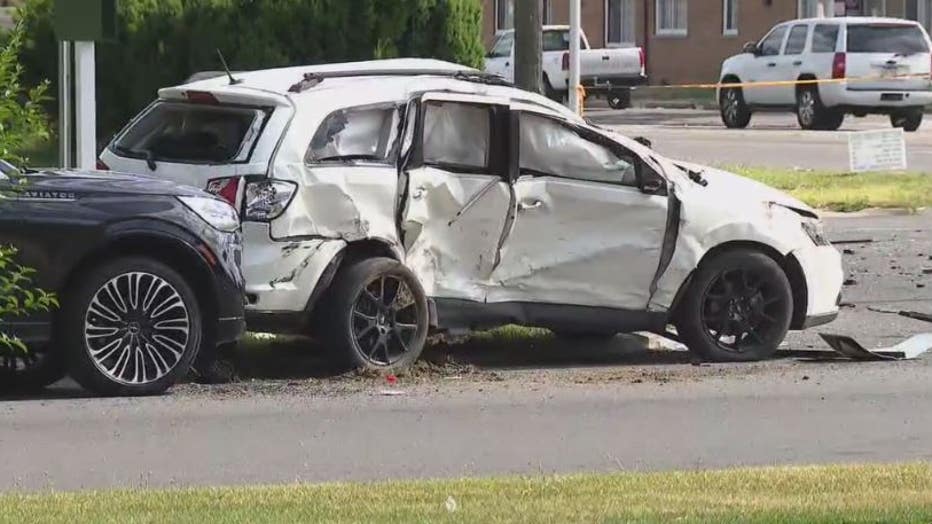