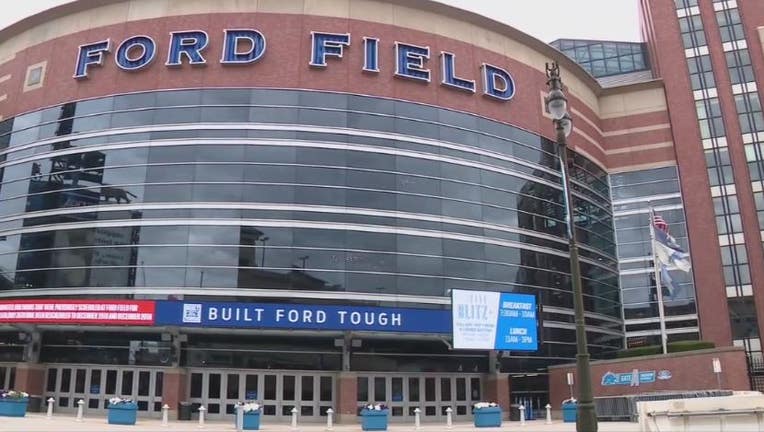 DETROIT - The Detroit Lions season opener is finally here this Sunday at Ford Field but getting there could prove a little tricky.

Many Lions fans come from north of downtown and will run into a full closure on southbound I-75. Starting 11 p.m. Friday, I-75 is closing in both directions between Square Lake and 8 Mile. While that doesn't stretch all the way to downtown Detroit, it could still add some slowdowns to your drive to see the boys in Honolulu blue.

You might want to pull up a map on your phone and trace these alternate routes, they make sense I swear.

Driving into Detroit from the north

Just in time for the home opener, the Michigan Department of Transportation will close I-75 in both directions this weekend from Square Lake Road to 8 Mile. The good news is that southbound traffic is supposed to be open by 8 a.m. on Sunday. But if it's not, you need to know how to get around it.

Once you hit the I-75 closure, take Square Lake west over to Woodward. Then take Woodward to 8 Mile and head east back to southbound I-75. You can also simply take Woodward all the way downtown.

But if you do hop back on and head southbound on I-75, I recommend not using the Madison exit to downtown or you'll be stuck in some long lines.

Instead, you can try two different options: taking the Mack Avenue exit, number 52, and follow the service drive to Winder Street, then take a left on Brush. You can also get off at exit 51B and take a sharp right on Gratiot, and that's basically a straight shot to Ford Field.

Driving into Detroit from the south

Now say you're coming from the south and heading north on I-75, you'll run into construction in the Springwells area but nothing that will force you off the expressway. Take exit 49 and take a left on Michigan Avenue, then a right on Woodward and take that up to Ford Field.

If you take I-94 to Detroit, eastbound or westbound, you'll run into construction as well, this is Michigan we're talking about, but no major closures.

Did you get all that? Good luck and go Lions!

It's been almost two years since Lions fans were last in Ford Field. Here's what you should expect before you head to the game.