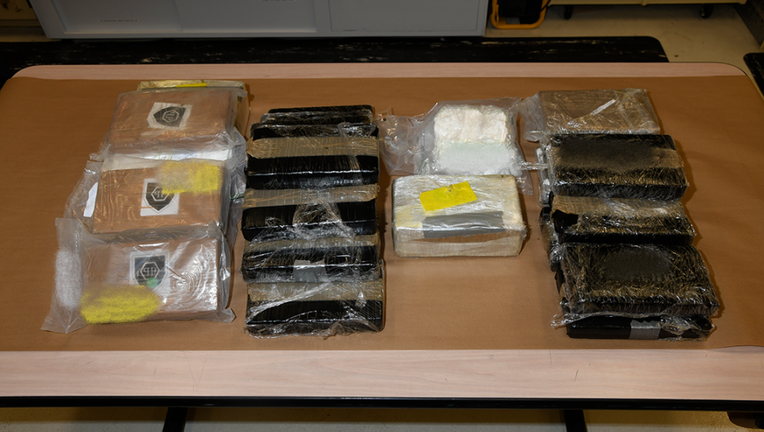 DETROIT (FOX 2) - Two men have been charged after authorities say they attempted to cross the Ambassador Bridge from Detroit into Canada with 28 bricks of cocaine.

According to police, a commercial truck entered Canada at the Ambassador Bridge port of entry and was referred for a secondary examination.

During the inspection of the cab, officers discovered a duffle bag containing 28 bricks of suspected cocaine, weighing approximately 30 kg.

Police arrested the driver and passenger and confiscated the drugs.

Narinder Singh, 50, and Harpreet Singh, 31, both of Winnipeg, Manitoba, have been charged with importation of cocaine and possession of cocaine for the purpose of trafficking.