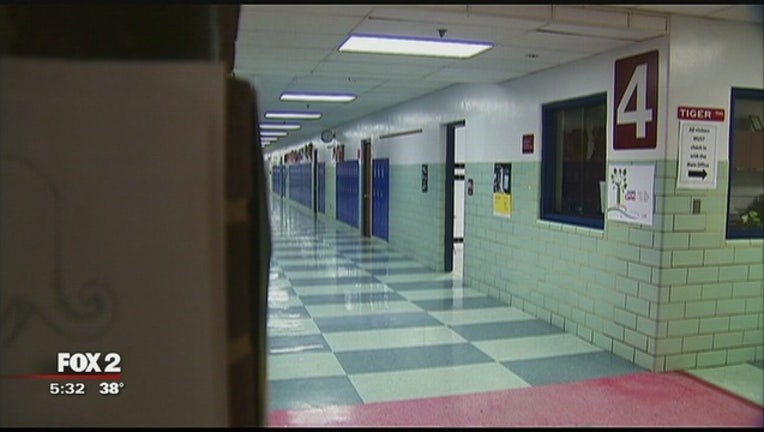 WASHINGTON (AP) -- The Trump administration on Wednesday ended federal protection for transgender students that required schools to allow them to use bathrooms and locker rooms matching their gender identities, stepping into an emotional national issue.

The administration came down on the side of states' rights, lifting federal guidelines that had been issued by the Obama administration. Without the Obama directive, it will be up to states and school districts to interpret federal anti-discrimination law and determine whether students should have access to restrooms in accordance with their expressed gender identity and not just their biological sex.

"This is an issue best solved at the state and local level," Education Secretary Betsy DeVos said. "Schools, communities, and families can find -- and in many cases have found -- solutions that protect all students."

"Congress, state legislatures and local governments are in a position to adopt appropriate policies or laws addressing this issue," Sessions said.

In a letter to the nation's schools, the Justice and Education departments said the earlier guidance "has given rise to significant litigation regarding school restrooms and locker rooms."

The agencies withdrew the guidance to "in order to further and more completely consider the legal issues involved."

Anti-bullying safeguards would not be affected by the change, according to the letter. "All schools must ensure that all students, including LGBT students, are able to learn and thrive in a safe environment," it said.

It was not clear what immediate impact the change would have on schools, as a federal judge in Texas put a temporary hold on the Obama guidance soon after it was issued -- after 13 states sued.

Even without that hold, the guidance carried no force of law. But transgender rights advocates say it was useful and necessary to protect students from discrimination. Opponents argued it was federal overreach and violated the safety and privacy of other students.

White House spokesman Sean Spicer said President Donald Trump "has made it clear throughout the campaign that he is a firm believer in states' rights and that certain issues like this are not best dealt with at the federal level."

Conservative activists hailed the change, saying the Obama directives were illegal and violated the rights of fixed-gender students, especially girls who did not feel safe changing clothes or using restrooms next to anatomical males.

"Our daughters should never be forced to share private, intimate spaces with male classmates, even if those young men are struggling with these issues," said Vicki Wilson, a member of Students and Parents for Privacy. "It violates their right to privacy and harms their dignity."

However, the reversal is a setback for transgender rights groups, which had been urging Trump to keep the guidelines in place. Advocates say federal law will still prohibit discrimination against students based on their gender or sexual orientation.

"Reversing this guidance tells trans kids that it's OK with the Trump administration and the Department of Education for them to be abused and harassed at school for being trans," said American Federation of Teachers President Randi Weingarten.

Spicer denied media reports that DeVos, who has been criticized for her stance on LGBT issues, had opposed the change but was overruled by Sessions. Spicer said any disagreement was merely over wording and timing.

"There is no daylight between anybody," Spicer said, adding that DeVos was "100 percent" on board with the decision.

The Obama administration's guidance was based on its determination that Title IX, the federal law prohibiting sex discrimination in education, also applies to gender identity.

While not legally binding, the guidance sent a warning that schools could lose funding if they did not comply.

Republicans pushed back, arguing that the federal effort was an example of Obama administration meddling in state and local matters. Texas Lt. Gov. Dan Patrick equated it to blackmail and said his state was ready to forfeit federal education money rather than comply.

Legal experts said the change in position could impact pending court cases involving the federal sex discrimination law, including a case to be heard by the Supreme Court in March involving Gavin Grimm, a transgender teen who was denied bathroom access in Virginia.

The justices could decide not to hear the case and direct lower courts to decide that issue.

In a phone interview with the AP, Grimm said of the Trump action: "It's not positive. It has the possibility of hurting transgender students and transgender people. We're going to keep fighting like we have been and keep fighting for the right thing."

A patchwork of state laws could continue to emerge as a result of the change. Fifteen states have explicit protections for transgender students in their state laws, and many individual school districts in other states have adopted policies that cover such students on the basis of their gender identity, said Sarah Warbelow, legal director of the Human Rights Campaign. Just one state, North Carolina, has enacted a law restricting access to bathrooms in government-owned buildings to the sex that appears on a person's birth certificate. Lawmakers in more than 10 states are considering similar legislation, according to the National Conference of State Legislatures.