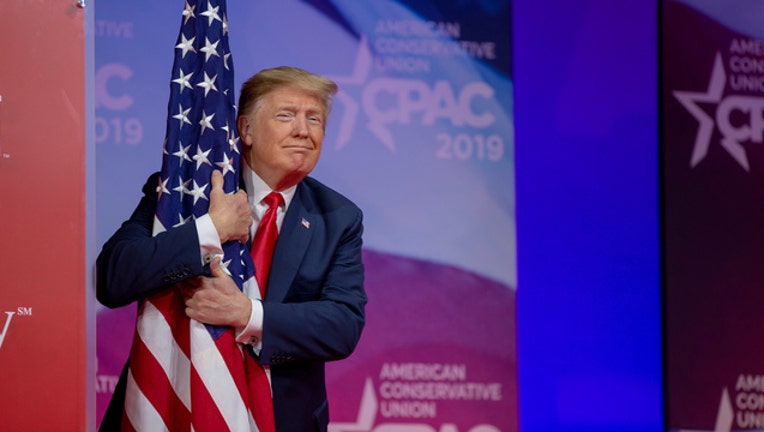 GETTY Trump hugging a flag at CPAC in Oxono Hills, Maryland, on March 2, 2019.

Trump made the point at the annual Conservative Political Action Conference (CPAC) in Maryland. He said he will soon sign an executive order making this official.

Trump made the point while talking about conservative student Hayden WIlliams, who was attacked at the University of California-Berkeley.

The Post reports that the federal government distributes more than $26 billion per year for research.