FOX 2 - A week after a violent mob of some supporters of President Donald Trump stormed the Capitol leaving five dead, and on the day he suffered a second impeachment, a new video was released with a call for calm from his constituents.

Trump's video statement - in which he made no mention at all of the impeachment - but appealed to his supporters to refrain from any further violence or disruption of Joe Biden's inauguration.

Trump urged an effort to "ease tensions, calm tempers and help to promote peace in our country."

"Like all of you, I was shocked and deeply saddened by the calamity at the Capitol last week," he said.

He appealed for unity "to move forward" and said, "Mob violence goes against everything I believe in and everything our movement stands for. ... No true supporter of mine could ever disrespect law enforcement."

Trump also mentioned the censorship of free speech driven by tech companies resulting in his social media ban and the recent de-platforming of the Parler app. Today's video was released through the official White House Twitter account.

He called it an "unprecedented assault on free speech."

"These are tense times and difficult times," Trump said. "The efforts to censor, cancel and blacklist our fellow citizens are wrong and they are dangerous. What is needed now is to listen to one another, not to silence one another."

Trump was impeached by the U.S. House for a historic second time Wednesday, charged with "incitement of insurrection" over the deadly mob siege of the Capitol in a swift and stunning collapse of his final days in office. 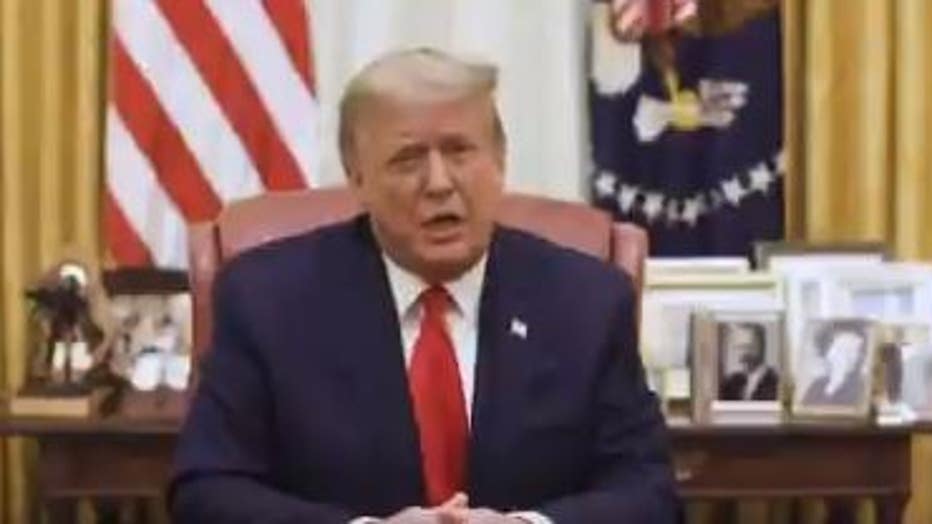 With the Capitol secured by armed National Guard troops inside and out, the House voted 232-197 to impeach Trump.