Both crimes remain unsolved, and their families now share a bond formed out of tragedy in hopes that justice will be served.

On the five-year anniversary of their deaths, the families of Paige Stalker and Christina Samuels are coming together to fight for justice.

David Lawrence from Grosse Pointe Park and Christopher Samuel from Detroit are fighting for justice for their loved ones. David’s granddaughter, Paige Stalker, was just 16 when she was killed on December 22, 2014. Just two days later, on Christmas Eve that same year, Christopher’s daughter Christina was killed.

The women were killed in separate crimes, but both were sitting in a car when someone sprayed bullets inside.

What’s heart wrenching for these two men and their families is that no one has been held responsible for either crime.

“You know, you wonder where’s the justice system. Because we are not getting any justice at all,” Samuel says.

The Wayne County Prosecutor’s Office says that Christina’s case remains an open police investigation, but Christina’s father believes the man inside the car knows more than what he’s said. Police believe that man had been the intended target of the shooting.

“I don’t believe they’ve interrogated him enough to get the answers they should have gotten out of him,” Samuel says.

As for Paige’s case, the prosecutor’s office was presented with a warrant request but it was returned to Detroit police for further investigation. The case is currently an open and active investigation, but Paige’s family believes there is sufficient evidence to make an arrest.

“There’s so much information that it’s frustrating that you know, I believe the police have said that they feel that they know who the individual is and the other three people. So that’s frustrating they’re still walking the streets,” Lawrence says.

As Paige and Christina’s families fight for justice, they’re hoping anyone with information will speak up.

“Chris and I would both love for somebody to come forward,” Lawrence says. 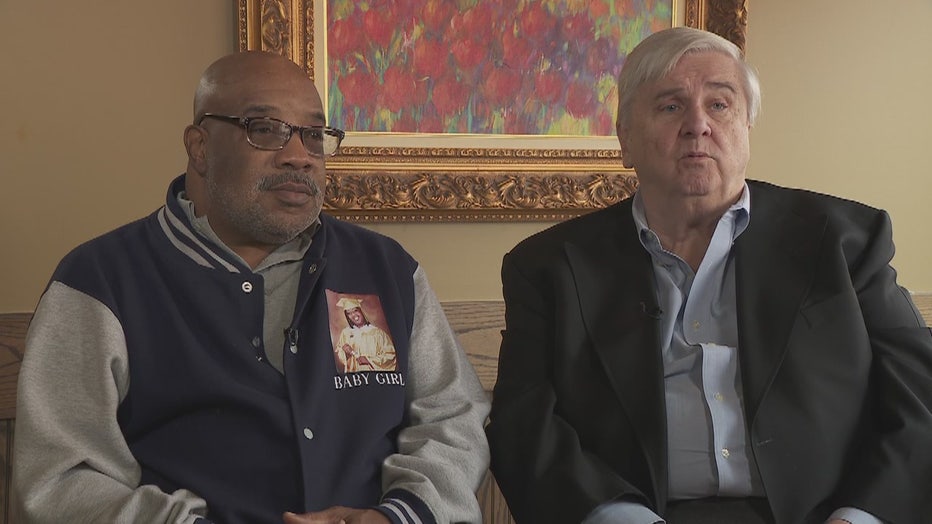 As these two men reflect on their pain, they also look to the good that has resulted from their heartache.

“I’ve gained a great friend. We call each other, we stay in touch. Ohio State when they go at war with Michigan State,” Samuel says, laughing.

“I got a better understanding of the inner city and the neighborhood and what people go through. Everybody wants the same thing,” Lawrence says.

And right now, for these two men - that means fighting for justice.