DEARBORN, Mich - Matthew Cornett is a Dearborn dad who's no stranger to overcoming adversity after beating cancer. But now he’s in the middle of a battle fighting for his home.

High school sweethearts Matthew and Nicole Cornett look at family pictures re-living the 18 years since they said ‘I Do.’

Their honeymoon in 2002 marked the beginning of a fight no family should have to face.

“If my wife wasn’t with me there’s no way I could do this trust me,” Matthew said.

That’s when Matthew found a lump and discovered he had Hodkins Lymphoma, then two years later doctors diagnosed him with Non Hodkins Lymphoma after a tumor crushed his spine. Nicole never left his side. 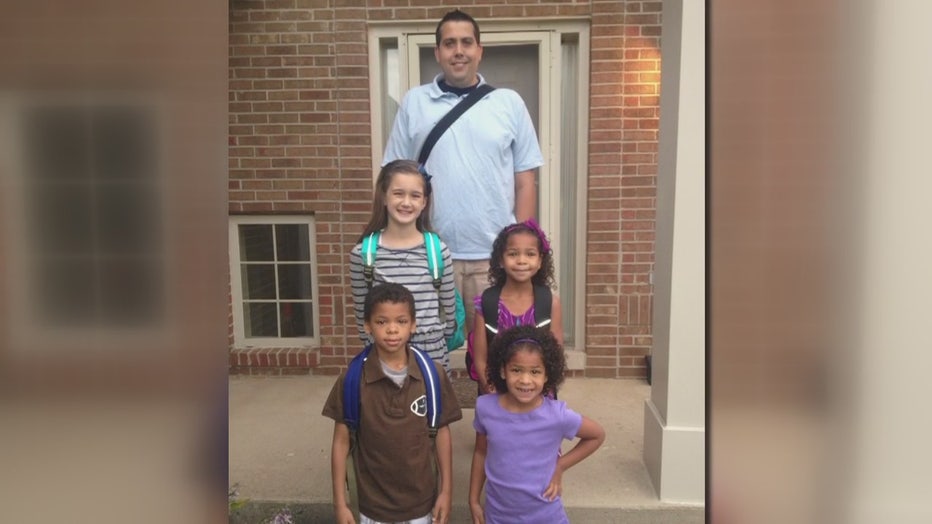 Matthew had nearly no feeling from the waist down, then that led to ulcers in his feet so Matthew had to have the front halves amputated last year and says he was denied short term disability.

Through all the adversity Matthew cheered on his four kids at their figure skating competitions and hockey tournaments. He also got to live his dream.

Then heartbreak struck again earlier this year when Matthew had to have emergency surgery to fix four broken vertebrae.

“It's very painful and this happened two and a half weeks ago and I was let go the day I was on the operating table,” he said.

Now as you can imagine Matthew’s at a loss while the bills pile up and soon his home could be foreclosed.

“All I want to do is provide for my family and when you get that realization that you can't do that it hurts a lot,” Matthew said.

But the community is wrapping their arms around the Cornetts to save their home in the eleventh hour with a GoFundMe.

“It's hard to put into words how good something like that can make you feel it's a small gesture but it meant the world to my family and me,” he said.

A GoFundMe has been set up to save the Cornett’s home from foreclosure and anything left over will go towards health insurance for his family until Matthew gets another job.