FLINT, Mich. - U.S. Marshals are now offering a $5,000 reward for information leading to the arrest of a father and son involved in the shooting death of a Flint security guard last week.

Charges were first announced on Monday after police arrested Sharmel Teague, a customer who got in an argument with Calvin Munerlyn, a security guard working at a Family Dollar over a face mask. After asking Teague to leave because she wasn't wearing a mask, the woman returned with her husband and son. More arguing ensued before Ramonyea Bishop, Teague's son, shot Munerlyn in the back of the head.

Since then, Sharmel has been in custody, but her husband Larry Teague and her son Bishop have been missing. 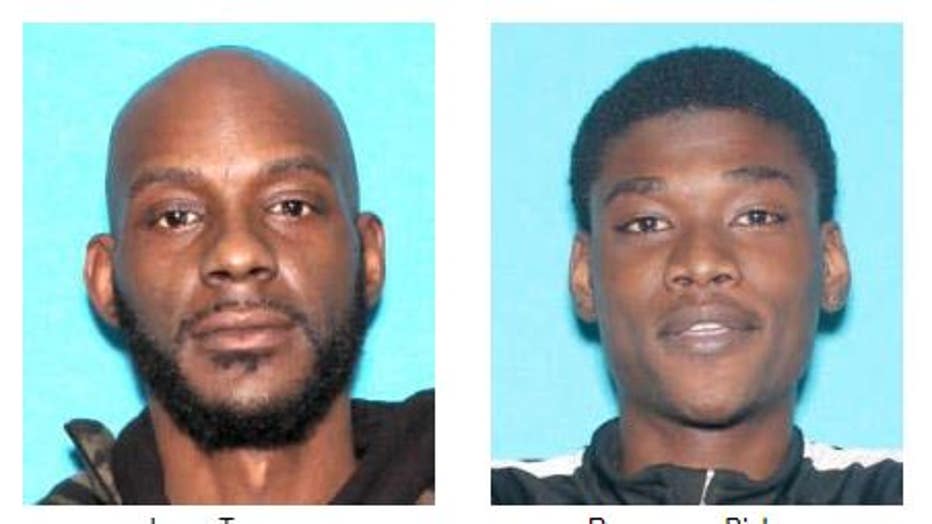 “This senseless act of violence, and the loss of human life over someone doing their job is despicable. The United States Marshals Service, and the Michigan State Police will bring these two to justice and they will answer for their crimes," said Mark Jankowski, acting U.S. Marshal for the Eastern District of Michigan.

Brought up on murder charges, the Genesee County prosecutor called the murder senseless and tragic.

"From all indications, Mr. Munerlyn was simply doing his job in upholding the Governor's Executive Order related to the COVID-19 pandemic for the safety of store employees and customers," prosecutor David Leyton said in a news release.