DETROIT - The United Auto Workers announced Wednesday that a proposed tentative deal has been reached between union leaders and General Motors to end the strike that has cost almost 50,000 workers their paycheck and the company billions of dollars.

For five weeks, UAW GM employees have been on strike, fighting for higher wages, improved healthcare coverage, and more. Now, UAW and GM both say a tentative deal has been reached to end the strike for 49,000 employees.

“The number one priority of the national negotiation team has been to secure a strong and fair contract that our members deserve,” Dittes said in a statement.

Details of this tentative agreement were not announced and labor leaders will be flying into Detroit in the next day to vote on the deal.

Bargainers have to vote, followed by the union's International Executive Board of officers and regional directors. Then the General Motors Council of factory-level leaders, including local presidents and bargaining chairmen, also vote. If they approve it, then this group would also decide if workers would put down picket signs and go back to work. It's likely, though, that the workers would stay on strike until after all members vote on the contract.

“We are extremely grateful to the thousands of Americans who donated goods and helped our striking workers and their families. As we await the Council’s decision, please know that the outpouring of community and national support will be etched in the memories of all of us at the UAW for years to come,”

A General Motors spokesperson confirmed the agreement in a statement and said "additional details will be provided at the appropriate time."

Workers voted to strike on September 15th. The UAW GM National Council will meet on October 17 privately to vote to recommend the agreement to members for ratification. 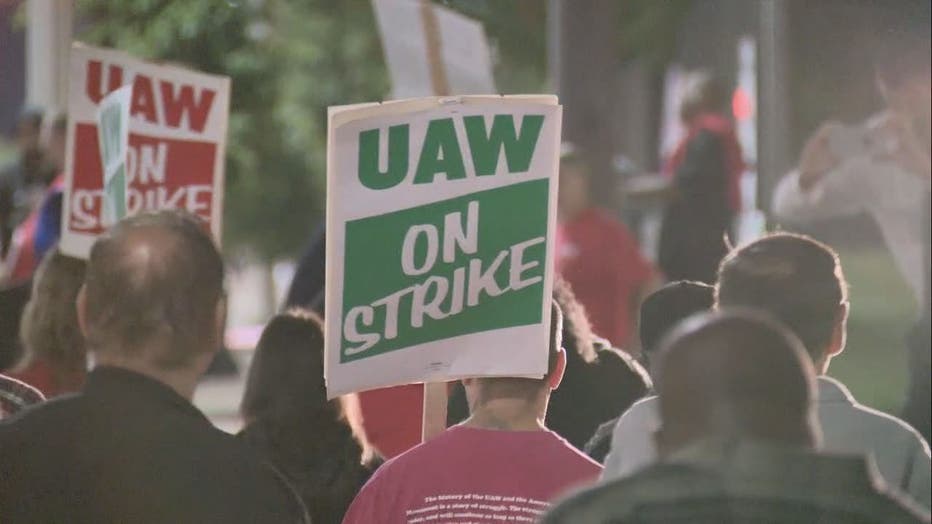 That voting could take a week or longer.

Both sides have been under pressure to end the walkout, which began on Sept. 16. It's cost GM close billions in profits and forced workers to live on $250 per week, about one-fifth of their base pay. Last week, with the strike dragging on, the union said it would increase strike pay to $275 per week.

One of the main sticking points is health care. GM is looking to cut its costs, but workers argued they shouldn't have to pay more because the company is making billions in profits. Union workers pay about 4% of their health care costs, but employees of large companies in the U.S. pay an average of 34%, according to the Kaiser Family Foundation.

On the day the union announced it was striking, GM said it offered pay raises and $7 billion worth of U.S. factory investments resulting in 5,400 new positions, a minority of which would be filled by existing employees. The company also said it offered higher profit sharing, "nationally leading" health benefits and an $8,000 payment to each worker upon ratification.

In addition, GM pledged to build a new all-electric pickup truck at a factory in Detroit and open an electric vehicle battery plant in Lordstown, Ohio, according to a person who spoke to The Associated Press on condition of anonymity. The person was not authorized to disclose details of the negotiations. The new factory would be in addition to a proposal to make electric vehicles for a company called Workhorse, the person said.

It's unclear how many workers the two plants would employ. The closures, especially of the Ohio plant, have become issues in the 2020 presidential campaign. President Donald Trump has consistently criticized the company and demanded that Lordstown be reopened.

The UAW had said that offer was too late from General Motors.

A press conference regarding the deal is expected to be announced shortly.

Check back to this story for more information.

Information from the Associated Press was used in this story.