Jon Vaughn planned to remove the encampment, which he says was on city property, on March 13th according to an agreement between his lawyer and the Ann Arbor city attorney.

ANN ARBOR, Mich. - A camper, tent, signs and other items that represented a former University of Michigan football player’s protest against the school’s handling of sex abuse allegations involving a campus doctor have been removed by the university, the school said Tuesday.

Jon Vaughn, the man behind the encampment, intended for it to be there a bit longer.

"I started October 8th, I’ll never forget, right here. This is where it kind of all started," he told FOX 2.

And for months, Jon Vaughn made his stand. His small blue-and-white camper had been parked outside the home of the university’s president in Ann Arbor for 150 days, since Oct. 8.

The former U-M star running back set up the campsite in protest of the college’s handling of sex abuse allegations.

Vaughn planned to remove the encampment, which he says was on city property, on March 13th according to an agreement between his lawyer and the Ann Arbor city attorney.

But U-M, who Vaughn says was aware of that arrangement, beat him to it and did so without forewarning.

"It was shock from the standpoint that they would do it the way they did it," Vaughn said. "But at the end of the day, when I thought about who we’re talking about. We're talking about Michigan - the school that’s mired in the greatest sexual assault, rape and cover up in the history of sports."

More than 1,000 former U-M students have accused deceased university physician Dr. Robert Anderson of sexually assaulting them. Vaughn says he too, is a survivor of Anderson’s abuse.

U-M announced a $490 million settlement with Anderson’s accusers in January.

Vaughn still wanted answers and says now, with the removal of the campsite, the gloves are off.

The city of Ann Arbor could not be reached for comment.

U-M  provided a statement saying, "The trailer, tent, and other items along south university avenue have been removed by the university. All personal property has been placed in storage and may be reclaimed. We cannot comment further, pursuant to the ongoing confidential mediation and federal court orders."

Vaughn, 51, is planning a rally Saturday. 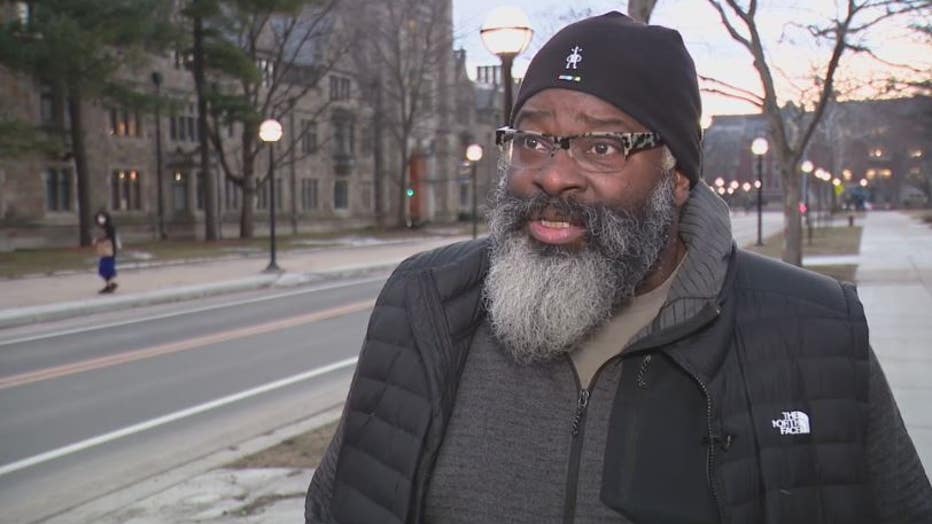