DETROIT - There are at least two dozen square miles of empty land in Detroit.

Vacant lots that used to house residents now sit unproductive, unutilized, and blighted. A problem unique to Detroit, the city has been forced to find new ways to use the bounty of available green space.

But with the city's population nowhere near the 1.8 million it counted decades ago and thousands of lots available, a Detroit nonprofit is now catalyzing some of the transition by tapping its residents.

"We're super excited because right now it doesn't look like much but trust and believe," he said. "In the springtime, you'll see over 1,500 tulips come up, as well as an assortment of flowers that we're super excited to share with the community."

Detroit Future City is kicking off the fifth year of its working with lots program by offering grants as high as 10 thousand dollars that go toward beautifying neighborhoods and creating productive green space in the community.

With the help of a grant from Detroit Future City (DFC), Washington's nonprofit Northwest Goldberg Cares planted a community garden in his neighborhood on the city's west side.

Washington's garden may look completely unique, but it's far from the only success story that DFC has to offer.

"We have 24 square miles of vacant land so the problem is enormous," said Sarah Hayosh, director of land use and sustainability at DFC, "these 42 different groups that we've worked with are all doing amazing grassroots community-based work that brings people together to create beautiful community spaces." 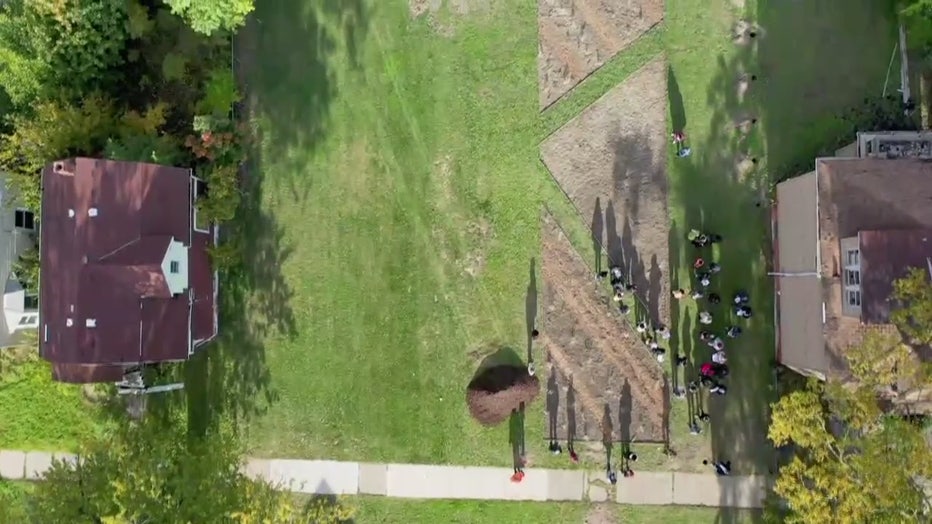 One of those groups is run by Rhonda and Kim Theus, two sisters who have returned to their hometown to rectify the blight that covers their neighborhood on Canfield. Another nonprofit run by Wendy Edwards has catalyzed change in the Mohican neighborhood, off of Gratiot.

Both have seen success since their implementation.

RELATED:
Detroit sisters return to childhood home to restore neighborhood
From prostitution, drugs & blight to a neighborhood garden, a Detroit woman is reclaiming her block

DFC has at least six grants available for prospective residents and nonprofits interested in transforming their block. Worth either $7,000 or $10,000, each grant comes with a field guide that allows awardees the chance to model their own lots off of.

The deadline to apply is April 13. If you want more information go to detroitfuturecity.com/our-programs/wwl-2020 to learn more.