FOX 2 - US Attorney for the Eastern District of Michigan, Matthew Schneider is resigning. He sent his letter of resignation to President Joe Biden Thursday.

Schneider, who had been appointed for the past three years by former President Donald Trump, said he is stepping down because of the change at the top, as Biden takes the reigns and will make his own appointees.

US Attorney for the Eastern District of Michigan, Matthew Schneider is resigning. He sent his letter of resignation to President Joe Biden Thursday.

"I would rather take a good opportunity here, to take some transition time and let President Biden pick whoever he wants for that post," he said.

Schneider was outspoken about the early release of ex-Detroit Mayor Kwame Kilpatrick who had his sentence commuted by former President Donald Trump yesterday.

"He was a notorious and unrepentant criminal,": Schneider said.

FOX 2: "Do you think his sentence was overblown?"

"It's a good question, and I will answer it this way, his sentence was 28 years. And I think reasonable minds can disagree about that. I can see a lot of people thinking that it is excessive. But what he eventually only served, was seven years."

He also spoke about the Capitol riot and the ongoing investigation leading to more suspects being identified and arrested by the day.

"It just made me sick and it should make all Americans sick," Schneider said.

Schneider also spoke about what some are calling a rise in home-grown extremism some believe fueled the violence in DC and the foiled plot to kidnap Governor Gretchen Whitmer.

Schneider is convinced prosecuting those acting illegally to the fullest extent of the law is the best deterrent.

"When you do that, a second step kicks in," he said. "People see that and they realize 'I don’t want to be arrested, I don't want to spend a single day in jail.' We are trying to get a message out to the community that if you engage in that kind of violent conduct, there are consequences to your actions." 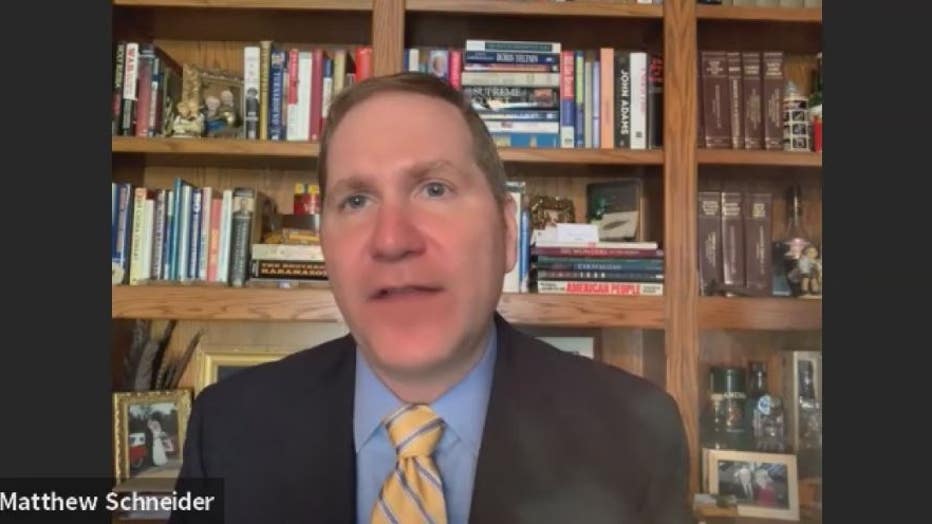 The question then becomes what of those who are already drawn to extremist thoughts and not as persuaded by traditional messaging.

"I can give you an analogy when we talk about violence in the city of Detroit," Schneider said. "Mayor Duggan, Chief Craig, and I, we oftentimes go out and meet with members of the community and plead with them. We explain to them, here are the consequences, put down your guns. We have had great success with that."

While crime is trending down generally over the last half-decade, since the start of the pandemic a number of urban communities are seeing a surge in some violent crime like homicides.

"I am hopeful that once people are vaccinated, and once COVID-19 is past us, we will return to where we were before COVID-19," he said. "We'll see a decline. That’s where we want to be."