FOX 2 - After more than 20 years on the run, 71-year-old James Meece was finally caught.

"His whole life has been deception, deceit, fraud - obviously sexual assault. It's awful," said US Marshal Owen Cypher. "Our investigators never gave up on pursuing Mr. Meece. Even through a pandemic."

But US Marshals discovered Meece, who had been using the name Anthony Bennetti, had gotten married to a woman in 2001. She had been living in El Monte, California, and told police she hadn't seen Meece since 2004.

Meece, who has a history of rape and weapons charges in Ohio, moved to Escanaba in Michigan's UP in the late 1980s. That is where US Marshals say he moved in with a woman and her young girls, ages 9 and 12. He then brutally sexually assaulted them for two years.

"I can't even imagine what those young girls were going through. He convinced them that if they were to ever tell anyone about what he did, he would come back and kill them," said Cypher, from the Eastern District of Michigan office.

Meece was convicted of criminal sexual conduct in 1991, which was then deemed a tier-three sex offender. But when paroled in 1999, Meece failed to register and took off.

Meece then mooched off women across the country, telling tall tales to gain their trust before sexually assaulting them or their children. Stories of being a prisoner of war, of being tortured by the Vietnamese, or that he worked for the CIA or FBI.

"I think he even told people he was a US Marshal at one point," Cypher said. 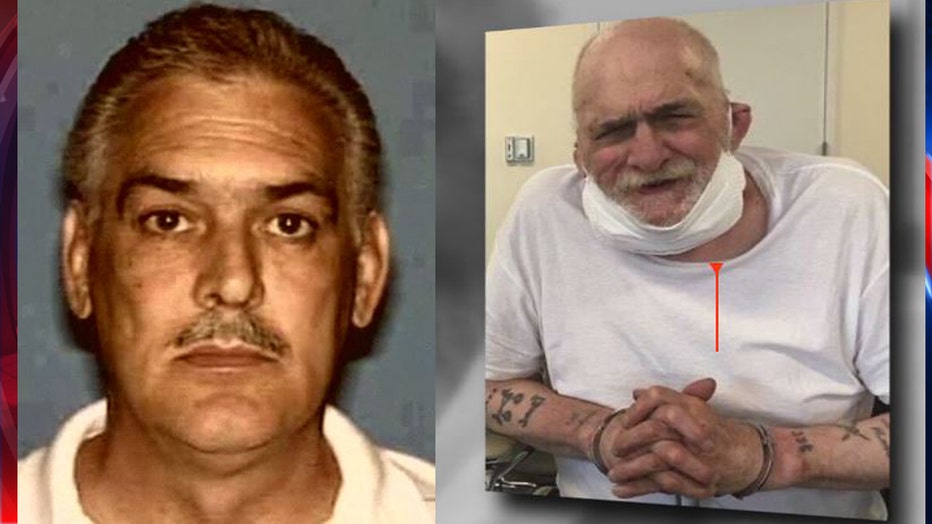 Fugitive James Meece then and now.

But US Marshals discovered Meece, who had been using the name Anthony Bennetti, had gotten married to a woman in 2001. She had been living in El Monte, California, and told police she had not seen Meece since 2004.

"She always denied knowing where he was at," Cypher said.

But on July 29th, US Marshals and with local police, showed up to her California home to search for documents Meece had used only to find Meece comfortably sitting on the couch.

"I'm sure after years of being on the run he was quite shocked," Cypher said.

The 71-year-old was living a meager lifestyle and looked weathered. But some of his explicit tattoos were still unmistakable.

"His appearance had changed over the years and he was looking pretty rough to be quite frank," Cypher said.

US Marshals and local law enforcement recovered fraudulent identity documents and a sniper rifle - after cuffing Meece. It was a moment nearly 21 years in the making.

"I truly hope that his victims find some relief that he's been locked up and is no longer going to be able to victimize anyone else," Cypher said.

US Marshals say they believe there may be more victims out there. If you believe you may have been a victim of James Meece - please call 313-254-5656. 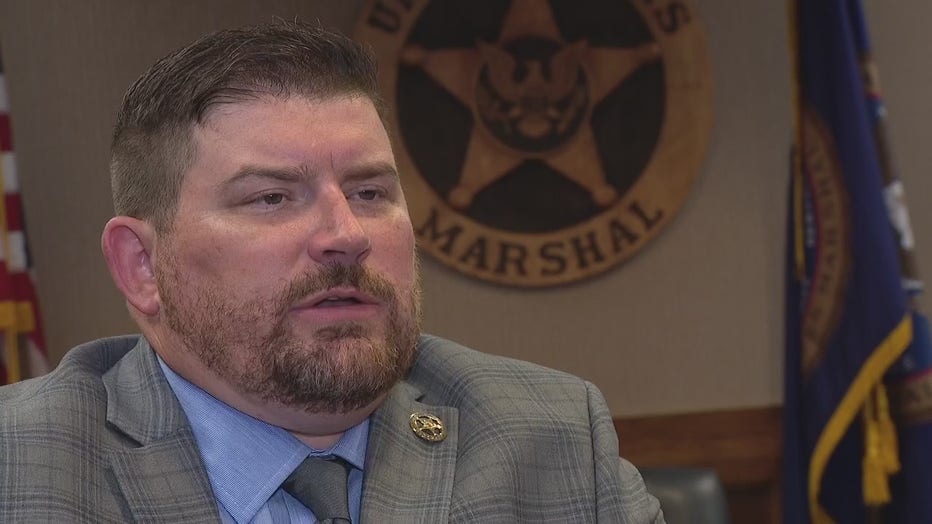