DEARBORN, Mich. (FOX 2) - Garbage day in Dearborn can't come fast enough, in some cases most of what they own will be taken away.

"Tablets, phones, furniture, clothing," said Rasha Nahass. "You name it, I had it downstairs."

Garbage day in Dearborn can't come fast enough, in some cases most of what they own will be taken away.

In between cleaning up, Nahass is documenting what she lost. as she was asked to do.

"People are scared, they are angry, they are frustrated," said U.S. Rep. Debbie Dingell (D-Dearborn).

Congresswoman Debbie Dingell says the rain was still falling when she drafted a letter to President Joe Biden preparing him for the State of Emergency.

"Having that letter there drawing attention immediately. letting them know we are going to need that FEMA aid," she said.

But she says in reality it will take weeks until help from FEMA reaches those affected.

The city of Dearborn is asking flood victims to fill out brief damage forms online. those numbers are handed to the county, then the state, who must officially ask for FEMA to step in.

In the meantime, Dingle has other questions.

"I-94 remains closed, why? Because the pumps haven’t worked," she said. "The electricity failed. I’m not an engineer. Shouldn't we have a backup system for something that simple?

"I asked the Army Corp of Engineers to start a study. Why does this continue to happen? What do we need to do?"

The city of Dearborn says, in this case, it was too much rain, too fast. They say nothing failed, the sewers are designed to handle three inches in 24 hours. The storm on Friday into Saturday dumped nearly eight inches in six hours. 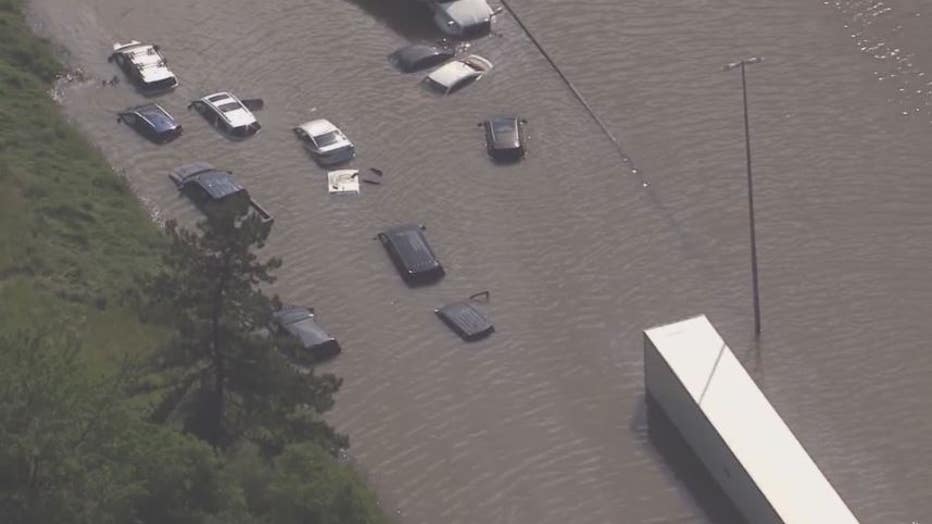 I-94 flooding last weekend at the Dearborn and Detroit border.

And because the east side of Dearborn sits at a lower elevation, they are the ones with their basement belongings now on the curb and fearful of what will happen the next time.

The city of Dearborn posted online that a long-term fix of the sewer system would cost half a billion dollars, meaning each taxpayer's water bill would go up to $600 a year.