The light turned green but no one has any idea what is about to happen.

A Utica police officer was stopped at a red light on Hall Road near M53 at 2:30 a.m. Tuesday morning.

“Coming over M-53 we have a vehicle going the wrong way,” said Sgt. Matthew Kaluzny.

“The lights go on from the car next to me and he just flies over into my lane and that’s when I saw the headlights in front of me, which were from the wrong-way driver," said Lauren Kelsch.

“It could have been catastrophic with that vehicle driving the wrong way and a head-on collision," said Kaluzny.

The officer calmly pulled in front of Lauren Kelsch’s car putting his own vehicle in the path.

“He reacted super-fast. I have no idea how fast the other car was going or when there would’ve been a collision,” she said. "I went home and that’s when I realized that I could have just died right there."

The big hill just past M-53 on Hall Road created a blind spot two vehicles each going head-on at 45 miles an hour would have collided.

Officer: “Did you realize you are driving the wrong way on the road?

Driver: “I realize it now.” 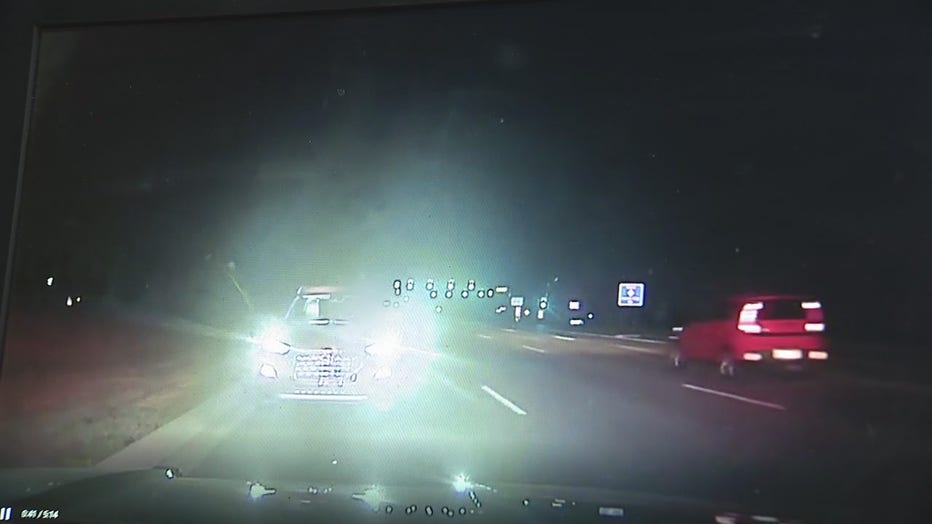 “An elderly driver just confused with his surroundings," said Kaluzny.

Whatever the case, Lauren wanted to reach out to the officer and let him know she appreciated what he did.

“I think he was a little surprised. I’m just thankful to be alive,” she said.

“It makes us feel good that we are out there making a difference and people are appreciative of what our officers are doing,” Kaluzny said.

As for the wrong way driver, he did not appear to be under the influence and was sent on his way with a warning.