(FOX 2) - The Detroit Pepper Company is a new carryout restaurant in Detroit. It specializes in stuffed bell peppers, pepper salads and grain bowls along with smoothies and ginger lemonade aimed to satisfy the taste buds and diets of health-conscious customers.

Owner and operator Marlin Hughes joined us on The Nine to tell us more about their food, and to make stuffed bell peppers with us. You can get the recipe below.

Owner and operator Marlin Hughes from Detroit Pepper Company joined us on The Nine.

Directions:
Blanch peppers in boiling, lightly salted water for 3 minutes.
Then immediately put in ice bath to shock the peppers so that they can keep their color.
Assemble and arrange the peppers on a baking sheet with parchment paper.
Lightly season with salt and pepper to taste.
Layer all ingredients:
Sauce, brown rice, quinoa, black beans, yellow squash, zucchini, butternut squash
Finally, top peppers with warm sauce and cheese and place in the oven at 375 degrees for 2 minutes. 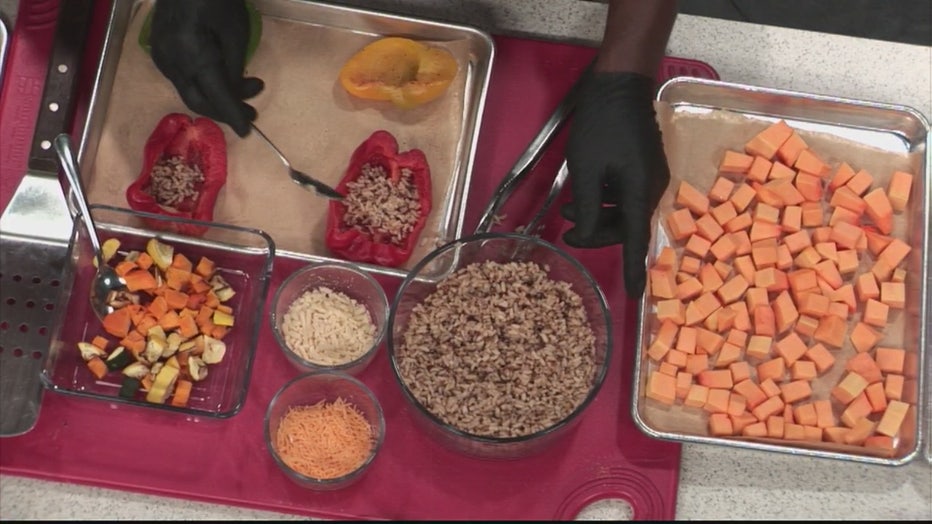