Aicha Toure says she tried to play peacemaker but instead became the target of a tirade. So Toure took her phone out and hit record.

FOX 2 - A Spirit Airlines flight from Georgia touched down at Detroit Metropolitan Airport on 9/11 where Aicha Toure and others were getting their luggage together when an older lady dropped her bag accidentally hitting another passenger.

"Once she didn’t get an apology (from the older lady) she said, 'How about I take you outside and drag you,' something disrespect like that," said Aicha Toure.

Toure says she tried to play peacemaker but instead became the target of a tirade. So Toure took her phone out and hit record.

"I'm holding my phone and lunged towards me and punched, with the intent to knock my phone out," she said.

That was when the woman allegedly used a racist slur and assaulted her.

"Then the woman told her to shut up then called her a ‘f-ing Muslim terrorist’ and hit her," said Dawud Walid

Walid, who heads up the Council for American-Islamic Relations, says what happened to Toure on board that flight goes beyond assault.

"This, in our mind, rises to the level of a hate crime or ethnic intimidation, because it wasn’t just the hitting, it was the cussing and ethnic slur - and it happened on 9/11," he said.

Metro Airport released a statement on the incident which reads in part.

"Airport police took the suspect into custody for assault and disorderly conduct. She has since been released. Our investigators are in the process of submitting a warrant recommendation to the Wayne County Prosecutor’s Office, who will determine the appropriate charges." 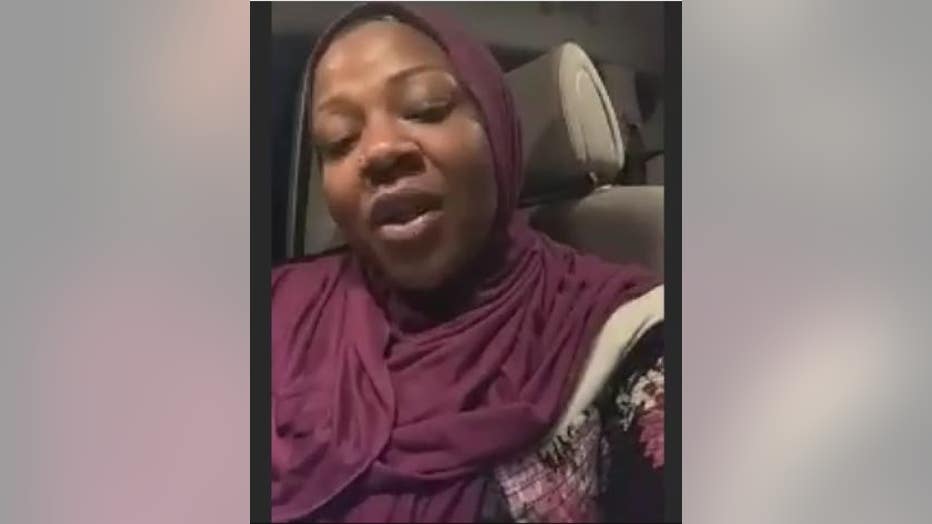 Spirit Airlines tells FOX 2 the suspect is no longer welcome to fly on their airlines.

"We’re glad that spirit said they will not allow open racism and anti-Muslim bigots to fly on their airlines," Walid said.

As for Toure, she says she has been through this before, called the ‘n word’ and had the police called on her when she was waiting to have a swim lesson in Alabama.

"I have been through a similar incident, and my phone is what saved me because it’s my word against her word," she said.

While the investigation is continuing, Toure is considering a civil suit.