Finn the family dog was trying to get at some cotton candy and turned on a stove burner instead.

LAKE ORION, Mich. (FOX 2) - A dog was just trying to grab a snack from the counter when he started his Lake Orion house on fire.

Richard Veyna had just left home to take his children to school when his golden retriever Finn reached up to grab food from a counter.

A dog accidentally started a house fire while trying to grab food from the counter.

Finn accidentally turned on a gas burner, and a fire started, filling the home with smoke.

A security system alerted the ADT monitoring center that there was a fire, and 911 and Veyna were contacted. Firefighters were able to rescue all of the pets that were home and put out the fire. 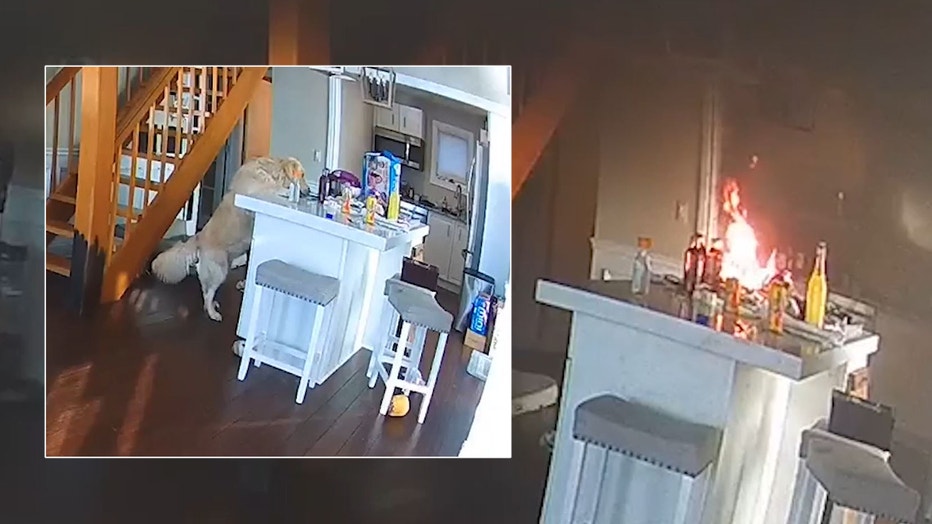 The ADT dispatcher who handled the fire alert is meeting the Veyna family and pets Thursday. ADT will also make a $5,000 contribution to the Lake Orion Fire Department and provide pet alert window stickers.