DETROIT (FOX 2) - A 2-year-old girl killed last week in a crash on the Southfield freeway last Wednesday was remembered tonight.

"Vanessa was really a bright, sweet, loving girl - she was always happy and excited," said a worker at her daycare.

"I liked Vanessa because she was nice to everyone, she was a little screechy but it’s alright," said a young boy who was friends with her.

Diane Louis witnessed the crash that killed the little girl on the Southfield near Outer Drive.

"I let up on the gas and watched this van smash into the wall," Louis said.

Louis says she called 911 then rushed over to help, first finding Vanessa.

"She was in the middle seat with just a lap belt," she said.

The 2-year-old was unconscious and bleeding, her 3-month-old half-brother RJ also in the car, and suffered critical injuries.

Louis says she stayed with them until help arrived but days after the crash, she felt compelled to do more. 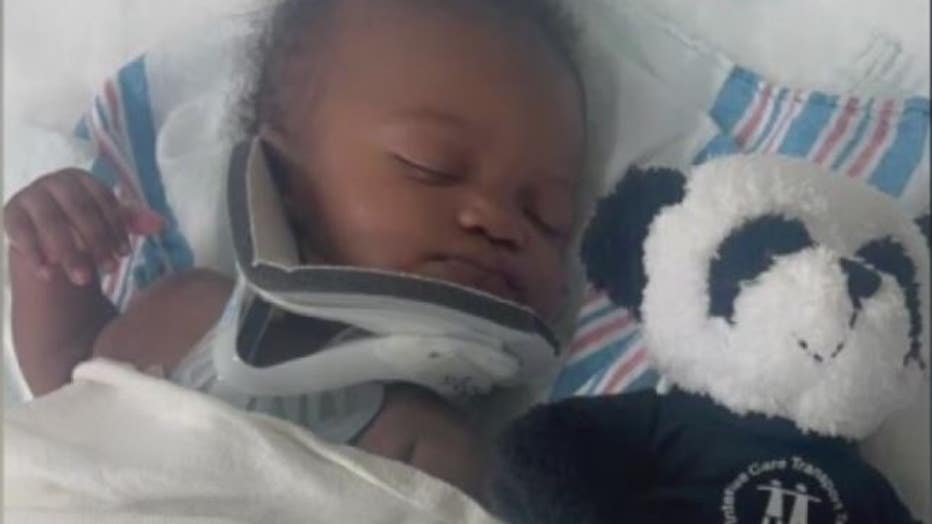 RJ, the 6-month-old half-brother of Vanessa, was injured in the crash.

"I called them today and I said you need to understand what really happened and I said i want you to know I don’t think she suffered, that’s the only comfort I can give you," Louis said.

The driver of the van was the children’s mother, Nyasha Pool. Both fathers claim they tried to get their kids away from her through Child Protective Services.

"I had a CPS case on her. The CPS lady tried to tell me there was no sign of harm," said Sherman Slaughter, Vanessa's father.

Michigan State Police said the investigation remains open as toxicology results have yet to be finished on Pool, which could result in charges.

Even Nyasha Pool’s own mother says this tragedy could have been prevented.

"Sorry don't cut it. (It's) not bringing Vanessa back and she should be held accountable," she said.

The results of which left many grief-stricken.

"I wear my daughter('s pictures) on my neck every day," Slaughter said. "She is my motivation in life."

As for the second child RJ, FOX 2 spoke with his father who says he has been released from the hospital and is in foster care. The father says he plans to fight for custody. 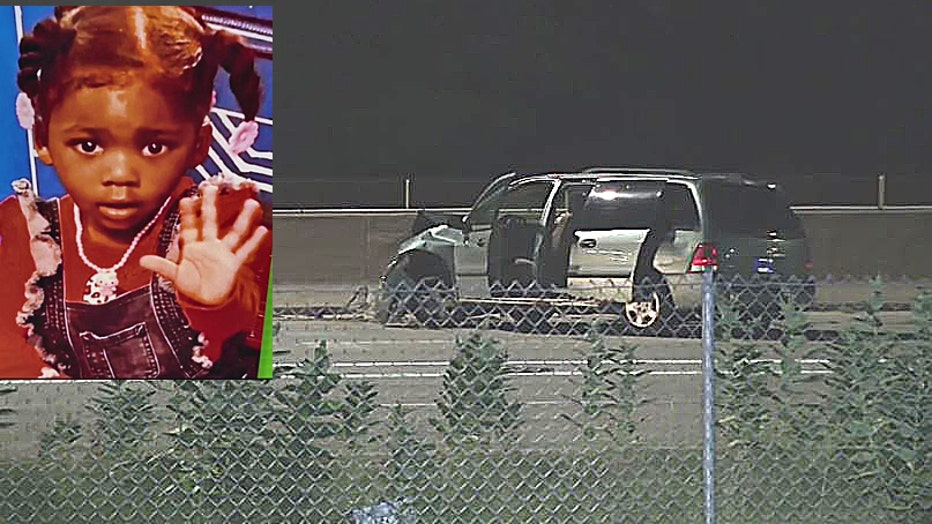 Inset: 2-year-old Vanessa who died in the Southfield freeway crash.