CLINTON TOWNSHIP, Mich. (FOX 2) - A vigil was held Friday night in Clinton Township to remember a woman who was murdered on Detroit's west side.

About 50 people gathered in the Village Townhomes to remember 27-year-old Clarita Poole. Detroit police say a man dropped her off at a fire station just after midnight Monday, July 27. She was barely clothed and had been shot in the back of the head. Medics rushed her to a hospital where she later died.

Family, loved ones remember 27-year-old murdered on Detroit’s west side

Loved ones of 27-year-old Clarita Poole held a vigil in Clinton Township Friday night in her memory.

"I lost my baby sister, man. I've been crying all week and I'm angry now. I can't even cry no more, I'm angry. Because I'm supposed to protect her," said her brother Darnell Poole.

Clarita's family says she was dating a man who was verbally and emotionally abusive. They say he would often threaten her and they say they believe he's somehow connected to her death.

"I'm so angry. I don't ever say this word but I hate him. I hate him with everything that I have and I don't get it," said her sister Shanta Poole.

"There's nothing I can do to bring my baby back. But if any of you daughters are in trouble, you know what to do. You call your daddy, you don't call nobody else. You call your daddy. Your daddy is coming," said her father, Walter Poole. Words of advice from a father in mourning.

The family is holding on to memories and hoping for justice.

Police have a person of interest in the case but the investigation is ongoing.

Anyone with information is asked to call Crime Stoppers at 1-800-SPEAK-UP. You will remain anonymous. 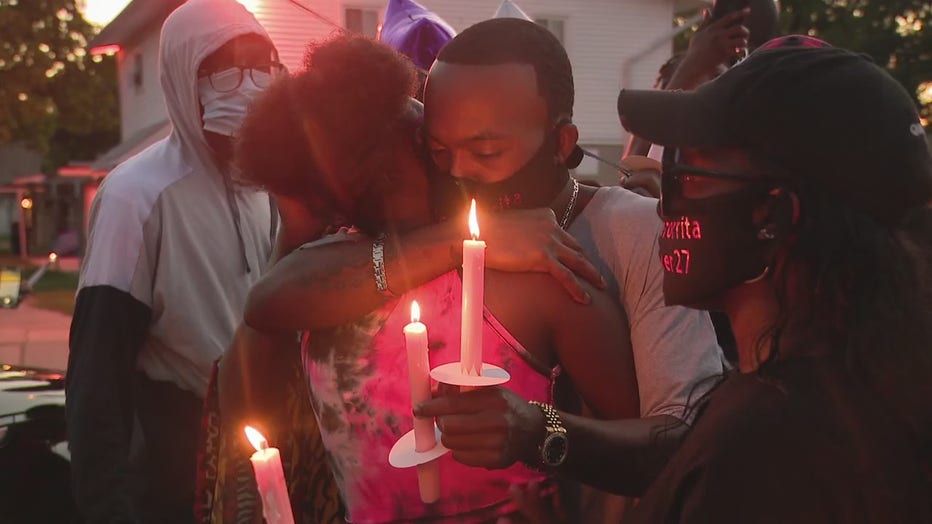