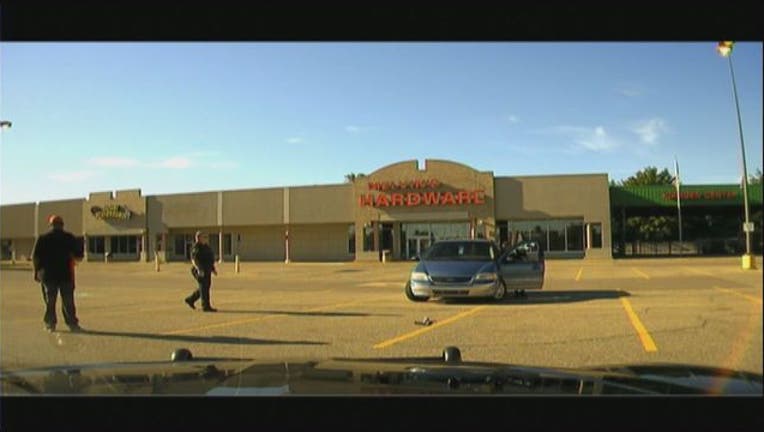 If you take out the kickstand the letter 'P' uses to become an 'R,' we suppose the two gears could be mistaken.

Perhaps that's what this driver thought of his car when he shifted to reverse instead of park.

He then forgot to turn the engine off before locking himself out of the possessed vehicle.

It drove around in circles while police decided on how to stop the vehicle.

Eventually, one of the officers took a more physical approach by breaking the window, unlocking the car and turning off the engine.

Thankfully no one was hurt as Walled Lake police officers enjoyed another day on the job.