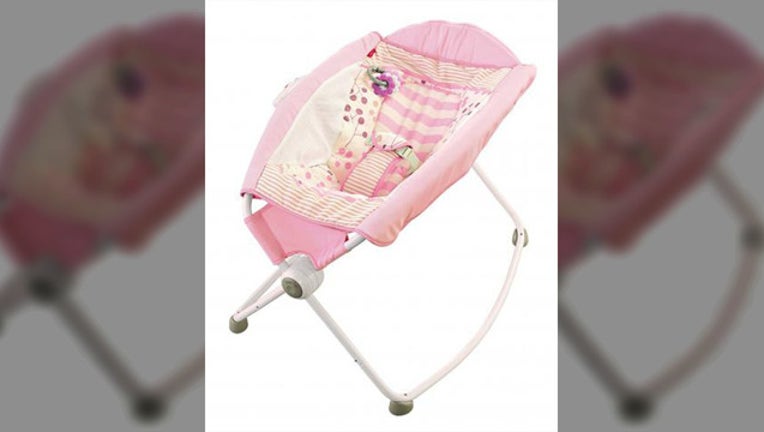 (FOX 2) - The Consumer Product Safety Commission (CPSC) and Fisher-Price are warning parents to stop using a Rock 'N Play if their child is old enough to roll over after several deaths have been reported.

The CPSC says it is aware of 10 infant deaths in the popular product since 2015. The infants were all over the age of 3 months, which is when infants typically learn to roll over.

In all of the cases, the infants rolled from their back to their stomach or side, while unrestrained in the Rock 'N Play.

The CPSC is recommending that all parents stop using the product by three months or as soon as an infant is able to roll over.

CPSC has previously warned consumers to use restraints in infant inclined sleep products.

The CPSC posted this warning about creating a safe place for your baby to sleep:

"CPSC and Fisher-Price remind consumers to create a safe sleep environment for infants, whether using a crib, bassinet, play yard, or inclined sleeper:  Never add blankets, pillows, stuffed toys, or other items to the environment and always place infants to sleep on their backs."