WARREN, Mich. (FOX 2) - Warren Police Commissioner Bill Dwyer said an arrest has been made in connection to the string of hate crimes targeting an African-American couple that had a Black Lives Matter sign at their home.

Dwyer confirmed the arrest Tuesday but released no details, adding a press conference was scheduled for Wednesday. A series of escalating incidents happened at the house on Tallman Avenue, including vandalism to gunshots being fired at the home over a course of a few days earlier this month.

Eddie and Candace Hall found out the good news about the arrest on the news. Immediately they said they felt hope.

A reward of $3,000 for information leading to arrest had been put up by Warren police to find the suspect.

Eddie and Candace Hall found out the good news about the arrest on the news. Immediately they said they felt hope.

"I sit down to watch the news like I always do and I see our house and it says arrest," Eddie Hall said. "I said, 'Baby they made an arrest!'"

"This is the place where we are supposed to feel really safe is in our home," Candace said. "And we haven't had that opportunity. It has been taken from us.

"Our fear comes from not knowing if this person is going to strike again, or come back at us. So, if they get him apprehended I think that eases some of the anxiety and fear."

On Aug. 31, a man took aim at the Hall family's home and fired multiple shots, hitting their truck. On Sept.2, the couple were further alarmed after someone threw a brick through the front window of their home, scribbled obscenities on their truck, and slashed its tires. 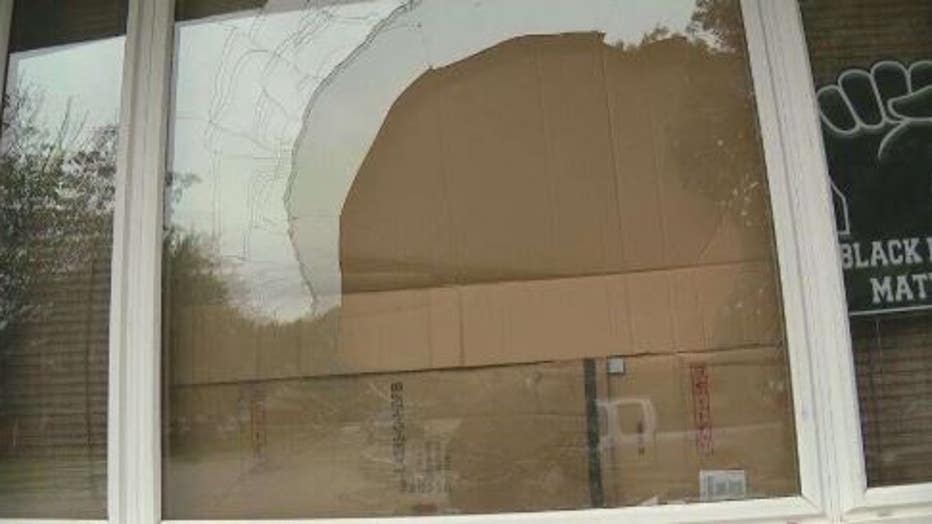 The smashed front window of the Hall residence from earlier this month.

The Hall family had been sleeping in hotels, not feeling safe in their home.

"It has always been a peaceful and kind neighborhood," Candace said. "We have never seen anything happen like this in our neighborhood. But everyone has been tremendously giving, loving and caring."

The most recent incident was the most terrifying with four shots fired at the house from close range which Warren police released security video of from Sept. 4. That night a man with his face concealed was spotted on multiple surveillance cameras stalking between homes. At 11:30 captured on surveillance camera, the man can be seen running away from the home and the flash from a muzzle can be seen twice - indicating the man fired a gun toward the home. 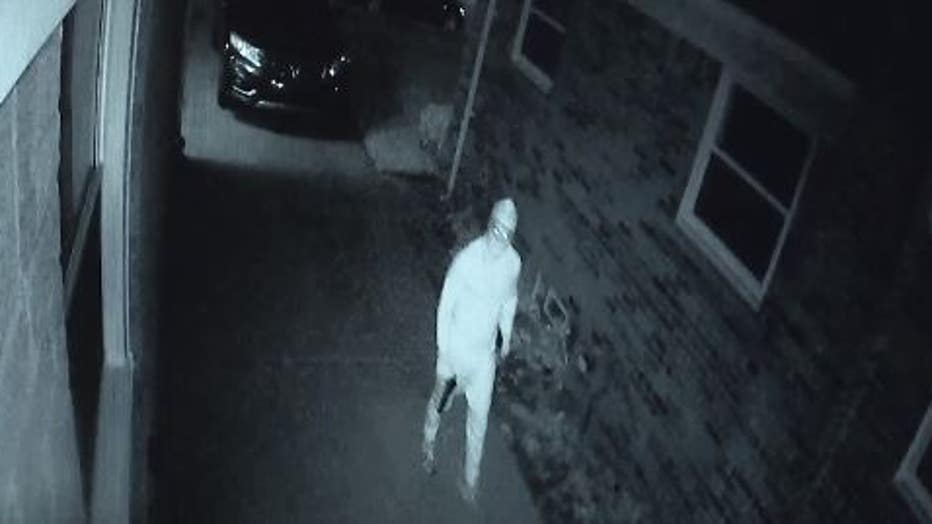 Video still of the suspect who shot at the Halls' home.

Luckily there were no injuries to the Halls in the disturbing incidents, but city leaders and the community voiced their outrage at the series of attacks. 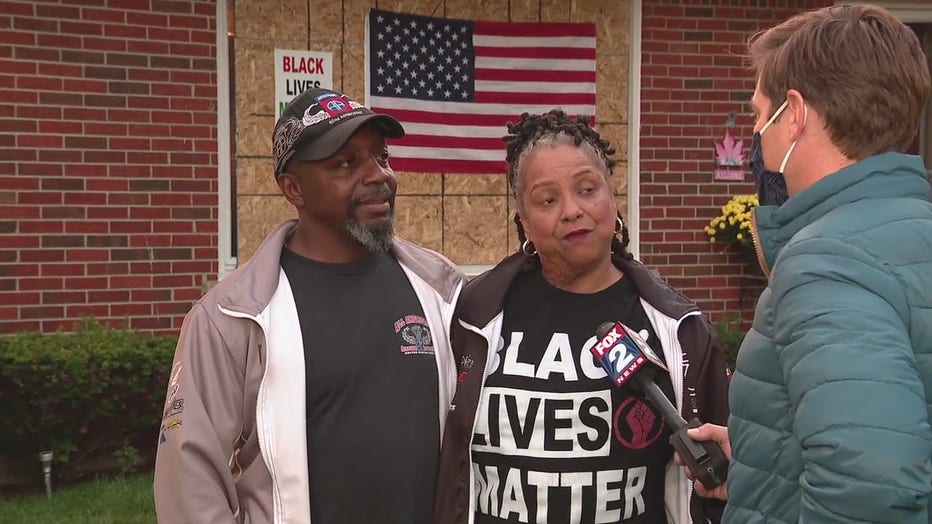 Eddie and Candace, both veterans who met while serving in the U.S. Army, aren't the only Black family to live in the neighborhood - the subdivision was described as "mixed" during the press conference. However, Candace said they were the only household in the neighborhood with signs supporting the Black Lives Matter Movement. 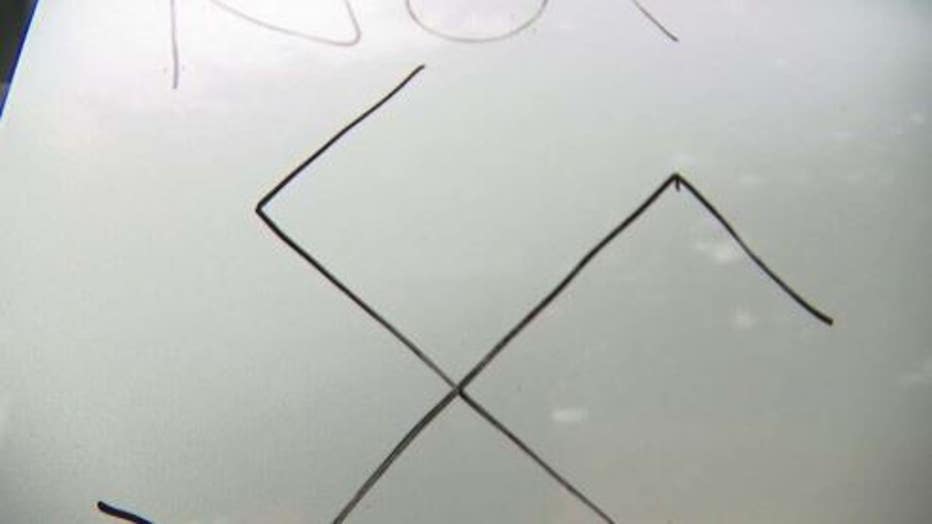 Hate speech like this swastika were scrawled on the Halls' truck.