It will take a village to get through the next two weeks of a boil water advisory as long line of drivers dwindle in an hour - as people waited for one case of bottled water.

WASHINGTON TWP., Mich. (FOX 2) - Washington Township is one of the communities dealing with the recent boil water advisory. The township supervisor told me he has not slept the past three days because of this water main break.

It will take a village to get through the next two weeks of a boil water advisory. In Washington Township a long line of drivers dwindled in an hour - as people waited for one case of bottled water.

FOX 2: "How do you feel with that water in your truck?"

"We’re boiling everything we can at the house," said resident Mario Cappello. "Unfortunately, everyone is in the same situation. We’ll get by. I’m sure the city will take care of business and get us back on track."

"We were actually worried Sunday night that we were going to lose water. Between the conservation acts and interconnected with Shelby, we’ve actually been able to maintain the water pressure," said Sam Previti, township superviser.

Previti says Macomb County, the state, and a few energy companies have helped his community. He expects to provide cases of water daily.

The break impacted nearly 2 dozen communities Saturday. By Monday, the list is down to seven.

"We’re so sorry that it’s impacting them badly. We’re going to do everything we can to get it done as quickly as possible," said GLWA CEO Suzanne Coffey.

Coffey says the broken pipe was unexpected. She hopes to replace the pipe and restore drinking water to a safe level in two weeks.

"This is a pre-stressed concrete cylinder pipe. It’s a very specific type of high-pressure water pipe," she said. "So what are they seeing and where do they think other places in our system may be vulnerable. What kind of diagnostic tests do we need to do and where for us to find out where our other vulnerabilities are."

As for the communities still under a boil advisory, doctors say if you can’t get bottled water, then boil it for at least a minute to avoid waterborne illnesses like e-coli.

"You have to be careful with all groups, including pets. People and pets should not be consuming this water unless it’s boiled," said Dr. David Donaldson, Beaumont. "The vulnerable groups of course, would be the elderly and the young. The young in particular if they’re bathing or showering."

Washington Township’s supervisor is asking people and select businesses — like car washes and laundromats — to limit their water usage for the next couple of weeks until the advisory is lifted. 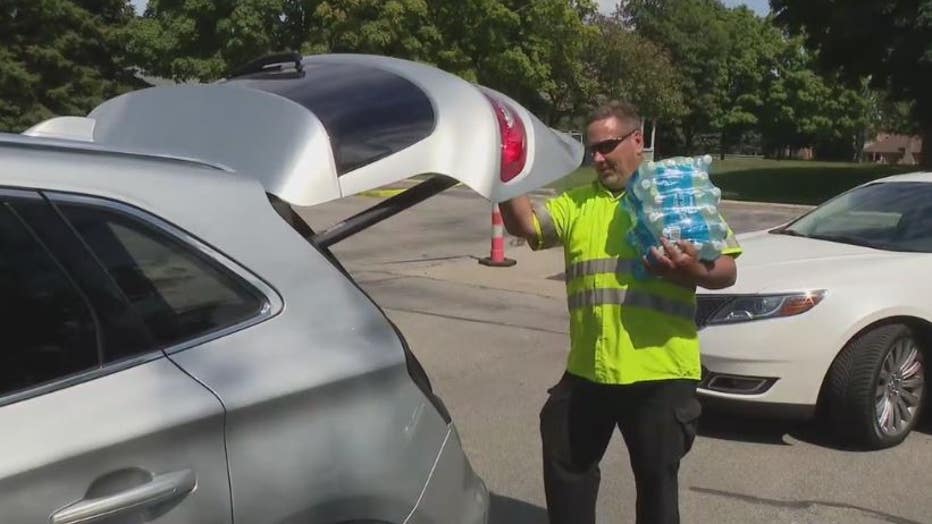