TAYLOR, Mich. (FOX 2) - A fire left a laundry room gutted and a single mother of four with third degree burns and smoke inhalation. She was able to escape with her life.

"She had a bunch of black smoke around her nose and she didn't want to go to the hospital because she was worried about everyone and everything going on," said her son Charlie Dwayne.

A water tank explosion inside a Taylor house. Her son had just left for work; his mom was asleep in her room when a smoke alarm woke her up.

"(The fire) couldn't get contained and she ran to some neighbors and called for help," Dwayne said.

Before leaving her son says she tried to put the fire out herself, burning her hands in the process.

In the day or so since the fire, the family gutted the inside taking everything outside so the smoke and water wouldn't do any further damage. Now we get a clear idea of where the fire started.

Somehow a relatively new water heater caught fire and spread. For the time being, power has been cut to the house. With no heat and record cold temperatures, the family of four is split up staying with friends and other relatives.

They are hoping the generosity of others will reunite them sooner rather than later.

If you would like to help this family, we have a link to their GoFundMe HERE. 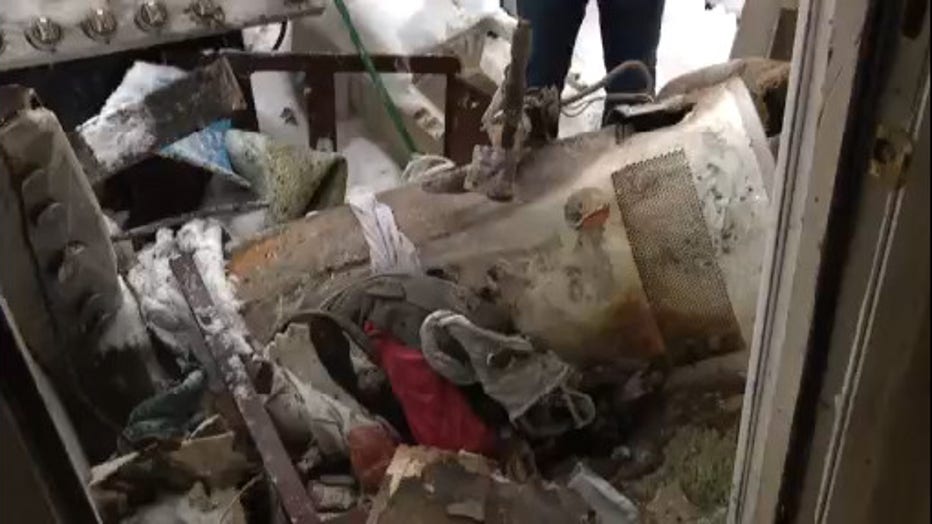