DRAW’s warehouse has a map, which highlights the places teams have helped over the past decade. Greg Martin will add a pushpin to Mayfield, Kentucky.

WATERFORD TWP., MI (FOX 2) - Greg Martin described the devastation he witnessed in Mayfield, Kentucky — one of several towns and states hit hard by a deadly tornado.

"The tornado was on the ground for 200 miles. the town was flattened, and then the town over was flattened," he said. "And you follow the track, and it was unlike anything I’ve ever seen.

Martin runs Disaster Relief at Work. He and one of his teams packed a trailer with supplies and drove nine hours from Michigan on Saturday. He returned Monday afternoon.

"When you mourn, you need human connection," he said. "So that’s number one what the people need."

DRAW's work is far from over. On Wednesday, another team will go down to that disaster area. They’ll bring clean-up buckets and bathroom buckets. Then, they’ll load up with kits. In those kits, they’ll include things like bleach. 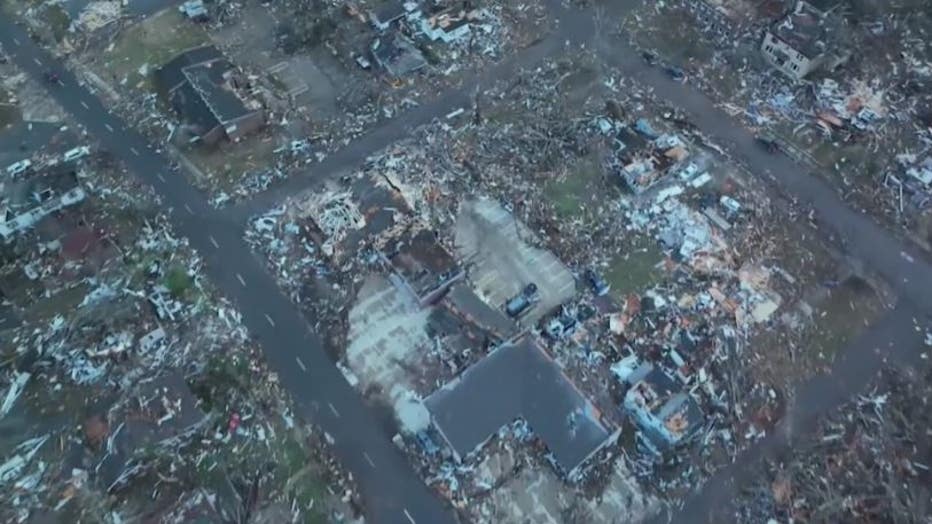 "We’re used to having to go through this," Martin said. "So when someone else is going through it, we’re ready to jump in and help them because we knew who helped us, back in the day."

DRAW’s warehouse has a map, which highlights the places teams have helped over the past decade. Greg Martin will add a pushpin to Mayfield, Kentucky.

This Sunday, some proceeds from DRAW’s Christmas fundraiser will help families who lost everything. HERE is a link to DRAW's fundraiser. 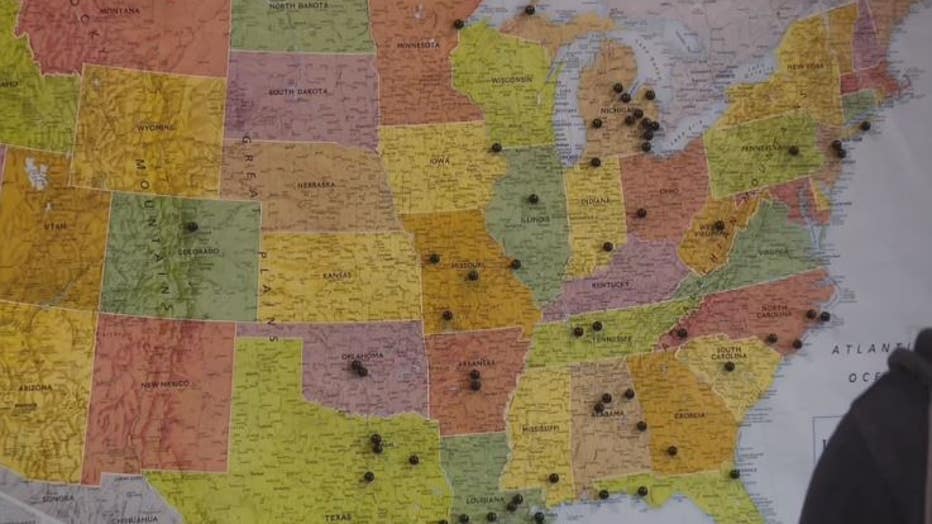 A map of US locations DRAW has helped after disasters.