WAYNE COUNTY, Mich. (FOX 2) - Does your to-do list ever seem too much to handle? If only there was an app for that. And now - there is.

A Michigan man in Wayne County has developed a new app that connects you with people nearby who are willing to lend a helping hand.

I Need a Hand app in use in western Wayne Co.

A Michigan man developed the app I Need a Hand that connects neighbors who are available to help with neighbors who need a helping hand.

Michael VanMiddlesworth developed the app because he needed help carrying a mattress years ago but no one was around.

"I was about to call an Uber to come and I was going to negotiate with him to give me a hand, but in the end my neighbor ... came by to help me get the mattress out," Michael says. And that's when the lightbulb went off.

He wanted to create a way to better connect neighbor to neighbor. And that's when the app I Need a Hand was born.

"There's two aspects to it. The first one is I Need a Gig is for the younger people that need a gig and the other aspect of it, I Need a Hand, we're thinking the older generation who needs some support in their house, and connecting the two together," Michael says.

Super easy to set up, Michael has already seen it used for many different gigs.

Really, anything. And that's what attracted 18-year-old Gage Farrow.

"I definitely like being able to pick what I do and all that and on my time. It's perfect," Gage says.

We met up with Gage during his gig with James and Darla Tuttle. 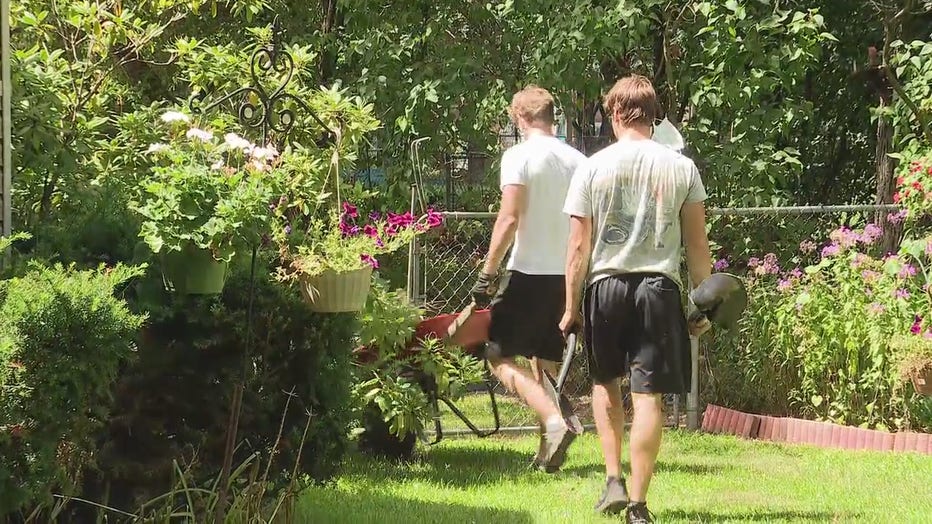 "We just carried stuff and hauled it to a storage unit. Yesterday I power washed the driveway, we just buried a cable line back there and now we're pulling out a bush," Gage says.

It's a little youth that James and Darla have appreciated.

"They've already did a couple of hours work earlier and I couldn't keep up with them enough to point stuff out," James says.

"What they've done today would have taken us a full week and they've done it in a fraction of the day," Darla says.

And that's exactly what Michael was hoping when he developed the app.

"If somebody needs a hand because they are not able to perform it, the great thing about it - it's now. You can look on the map and these people, in theory, are available right now to come give you a hand," Michael says.

The app is currently used in Plymouth, Canton and Northville and they hope to expand coverage soon.