SHELBY TWP, Mich. - A wild scene that began in Shelby Township ended early one morning this week with a man wearing no shirt or shoes arrested for stealing a snowplow in Sterling Heights.

Before his arrest, however, Mario Nikprelaj, an 18-year-old resident of Shelby Township apparently got in a fight with his girlfriend around 6:30 a.m. near the Times Square Apartments.

Police say tensions between the two rose to the point that Nikprelaj allegedly hit her, before running away.

Mario Nikprelaj was charged with several crimes after he allegedly hit his girlfriend and stole a snowplow in Shelby Township, while on probation.

Wearing no shirt, no shoes, in the sub-freezing temperatures of a Michigan winter, he stole a snowplow that was left running with no one inside it.

"Wasn't wearing no shirt, no jacket or nothing, he ran over here, jumped in the passenger seat of the truck, hopped in, pulled himself over to the driver's side and took off," said Michael Sulkiwskyj, who works next door.

Unknown to Nikprelaj, however, there was a camera recording him during the joy ride. Not only that, but the plow was also outfitted with a GPS tracker, following his every movement.

As to why the 18-year-old decided this was the most appropriate decision to make at the time, police believe he was just trying to escape.

"I believe he was just trying to get out of the area, get away from the scene," said Capt. Jason Schmittler, of the Shelby Township Police. 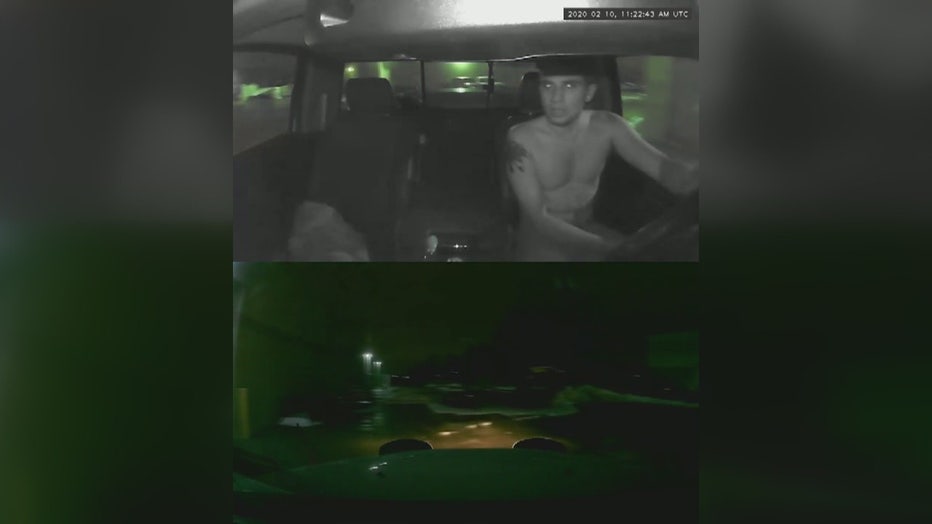 While on the road, police spotted the truck and pulled Nikprelaj over, forcing him to get out, near Van Dyke and 14 Mile. They also found his girlfriend with obvious injuries.

Nikprelaj is now charged with unlawfully driving away in an automobile, probation violation, and domestic violence assault.

Nikprelaj has a spotty record, having also been charged with resisting an officer, in July of 2019.