BLOOMFIELD TWP., Mich. (FOX 2) - Tragedy on the water in Bloomfield Township as a woman goes out in a canoe on Island Lake but never made it back to shore.

Rescue crews spent all night searching for her and recovered her body this morning.

A 44-year-old woman's body was recovered from Island Lake in Bloomfield Twp.

"One of our officers using our drone located what he believed was a body in the water," said Lt. Paul Schwab, Bloomfield Twp police.

"This is something she does on a weekly basis, she comes down and likes to come down to canoe at Island Lake," said Schwab.

The woman who the police have not identified, was with a caretaker before she left shore. That caretaker, reported the woman missing after the canoe was seen floating without anyone in it.

"We have no reason to believe that the caretaker or friend contributed or had anything to do with this female," Schwab said.

Police are calling this a terrible accident - and don't suspect foul play - but are quick to add that it is still under investigation.

"It is an open investigation," he said. "We are working with the family and we ask anyone that might have seen something last night to please call us." 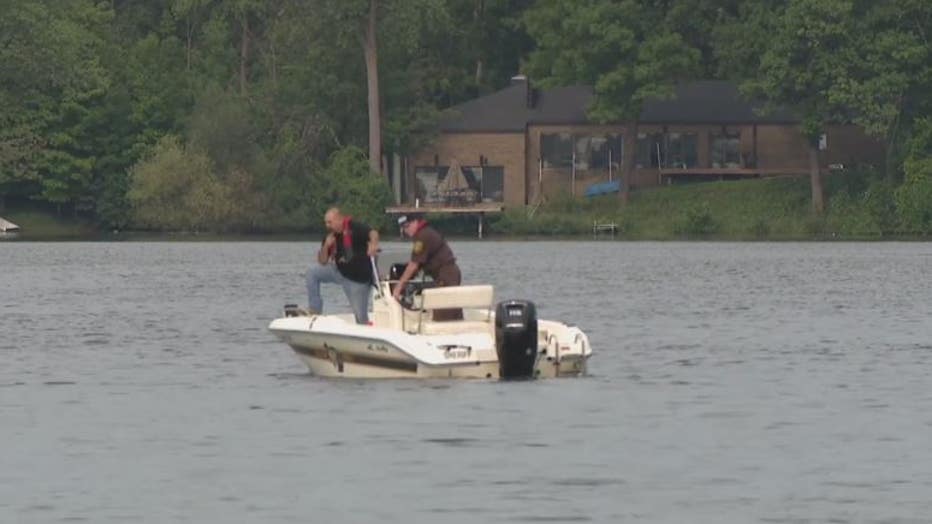 Schwab is crediting his investigators and teamwork from the Oakland County Sheriff's Dive Team and Troy police.

"We wish this would have had a different outcome," he said. "But our thoughts and prayers are with the family."