DETROIT - “We heard this big boom and I was like stuck” said neighbor, Angela Lash.

A Saturday night on Detroit’s West side was interrupted when a house exploded and caught fire off Evergreen near Lyndon.

Oh my God, the whole house shook, it honestly was like a car hit the side of my house,” Angel said.

Angela didn’t know what was happening just two doors down.

“When I open the door, I noticed that it was fire next door, but I seen a lady laying down there on the ground,” Angela said.
That woman was thrown from the house from the power of the explosion. likely caused by gas.

All 6 people inside were injured, taken to the hospital with 2nd and 3rd degree burns, two with smoke inhalation. 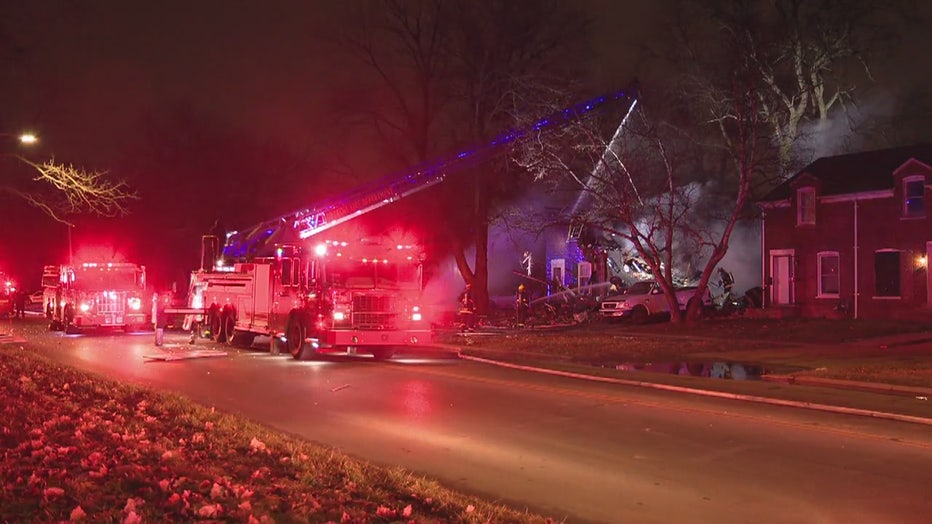 DTE crews were on scene to turn the gas off to the homes, they say it’s no immediate threat to other homes in the area.

The conditions of those people in the hospital are unknown.

“I pray to god they ok I really do,” Angela said.