The director of the GLWA, Sue McCormick is stepping down from her role following reports the agency was aware that many of its pumps were not operating ahead of a series flood event.

THURSDAY NEWS HIT - The head of the Great Lakes Water Authority is stepping down from her post as director, following reports the water operator was aware of inoperable pumps ahead of a flood event that soaked much of Detroit and Dearborn, ruining basements and highways.

Sue McCormick's departure from the GLWA was accepted by the board on Wednesday, shortly after she sent a letter offering her resignation. The vacancy means a national search will be on for the next director.

Originally not the authority behind water regulation in the region, the GLWA's role has increased in both duty and importance in light of recent storm events that signify a growing intensity around severe weather due to climate change.

How the authority approaches the search for a new position will be pivotal in determining how the utility decides to mitigate future flood events in some of the area's worst-hit neighborhoods.

McCormick had served as the authority's only director since 2015. In that time, she had many accomplishments, the Detroit Water and Sewerage Director said, including updating the utility's bond rating and creating a sustainable assistance program for qualifying households.

"I think she had indicated that she has been leading this way since early June," said director Gary Brown

But not everyone is happy with McCormick. The Macomb County Public Works Commissioner chastised her for not doing enough at the time of flooding this year.

"I was pretty harsh about the whole thing because obviously there was some mismanagement that happened here," said Candice Miller 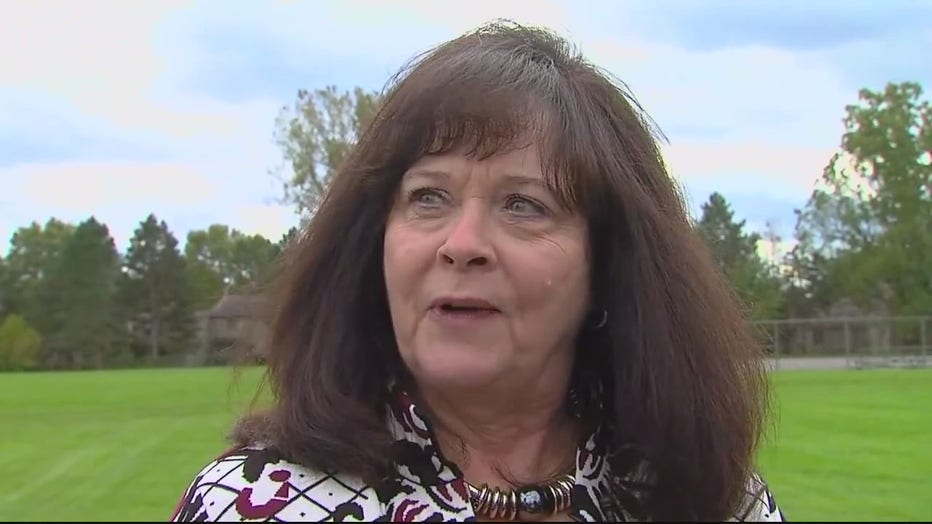 Of the 20 pump stations in the Metro Detroit area operated by the GLWA, only four were working at one point during June's storm. Additionally, the Detroit News has also reported that staff at the GLWA had been made aware of the pump's inoperable status days before the June 25 and 26 flooding.

However, they only notified the board and its director hours before the storms of the pump's status. A third-party contractor had apparently damaged the underground wiring that was providing power to the Freud pump station - which is responsible for pumping water away from the Jefferson Chalmers neighborhood.

McCormick had argued the pumps could still handle the predicted rainfall. That turned out to be not true when six inches fell on the city.

An investigation into the pump's failure has begun.

Larry Nassar spends thousands on himself in prison

How does Larry Nassar spend his time in prison? According to court records first reviewed by the Washington Post, the convicted sexual abuser has spent $12,000 on himself while imprisoned. Meanwhile, he's only paid about $300 in restitution to victims of a previous pornography conviction.

That comes out to about $8 a month.

Nassar finds himself back in the news during the U.S. Gymnast's competing at the Tokyo Olympics, where one of the world's best, Simone Biles, has dropped out to focus on her mental health. She's previously spoken about the toll that sexual abuse from Nassar had on her. "I was really depressed, I never left my room and I was sleeping all of the time," she said in a recent interview. "I told one of my lawyers that the reason I was sleeping all the time is, that it's the closest thing to death."

As Biles is sidelined at Olympics, new details come out on sexual abuser Larry Nassar in prison

Former US Olympic team doctor Larry Nassar has been locked up in federal prison for sexually abusing nearly 300 gynnasts - but now court records reportedly show he has spent more than $12,000 on himself.

Prosecutors - knowing the long-lasting effects of Nassar's heinous abuse - are going after the Bureau of Prisons and any money Nassar has received behind bars. This includes $2,000 in federal stimulus checks, in hopes of at least paying out a fraction of what is owed to his victims.

Meet Rick Wershe on Detroit's east side - where it all began

From the bone-chilling documentaries to the Hollywood big screen unveiling, many already know the story of Rick Wershe - "White Boy Rick" - and his time spent working for the FBI as an informant. That tale is still being written following the announcement of a $100 million lawsuit against Detroit police, federal law enforcement, and others who Wershe has accused of child abuse.

But that's a different conversation for a different day, Wershe says, speaking at the intersection of Mogul and Hayes. It's the intersection where Wershe finds his roots. ""This is where I grew up," he said. "This was my hood, east side of Detroit where I grew up. My son grew up a half a mile from here. I was fortunate that while I was in prison, that his mom made sure he went to college. So, he's doing very well in life."

It was an emotional return for the Detroit native, who hasn't enjoyed a birthday outside of prison in 34 years. "The last time I was at this building, my father was still here with me. He was still alive. My dad is no longer with me, so that's an emotional thing."

Rick Wershe gets real on 1-on-1 with Josh Landon

Two men who grew up on the same street on Detroit's east side and whose lives took different paths. Meet the real 'White Boy Rick.'

In many ways, the checkered past of Wershe, by his fault or someone else, is not unlike the complicated history of Detroit itself. Together, the two have a long story to tell. Not all of it is good, he says. But some of it is. And some of it was out of his control. Now that he's home - he's ready to set the record straight. Hear it from the man himself in a feature by FOX 2's Josh Landon here.

Michigan's Secretary of State has poured cold water on efforts by some Republican members of the state legislature interested in conducting another review of audits of the 2020 general election, accusing some members of attempting to relitigate the election 10 months after it was done.

Secretary of State Jocelyn Benson is voicing her concerns about some GOP lawmakers wanting to relitigate the 2020 election and by having the leader of the Auditor General's Office who was appointed by the Republican-controlled legislature to review audits of local election procedures and administrators.

"I think there are efforts right now in this state to make it harder to vote, and easier to overturn an election," Jocelyn Benson said. "We're seeing that all across the country and here in Michigan. Some GOP members have reached out to the Republican-appointed Auditor General for another look at some of the 250 audits performed on the election after it was completed.

"If they already performed the audits and they already know the results and everything was secure and like it says, was the safest and most secure election in history, if there is somebody reviewing that work, wouldn't they come to the same result?" asked Rep. Ryan Berman (R-District 39). Benson said a process like this in the hands of "inexperienced people, potentially with an agenda, getting their hands on private election data and secured voting machines" could do nefarious things with the information.

In addition to the audits the state performed, the state Senate Oversight Committee also determined there was no validity to the election conspiracy theories that poured out of November. The chairman of the committee, a UP Republican, even recommended the state investigate and prosecute those who profited from misinformation.

But the nonprofit's housing community took a hit from thieves who stole air conditioning units totaling in the thousands. "We had 22 air conditioners stolen from residential units and the community center," said Ryan Hertz, Lighthouse CEO.

Two weeks ago FOX 2 reported multiple A/C units were stolen and attempts were made to take others from this condo community in nearby Ferndale. The brazen crime involved a truck and was caught on surveillance video.

As police continue to investigate, Lighthouse estimates that to replace and secure these AC units will be in the thousands.

As police continue to investigate, Lighthouse estimates that to replace and secure these AC units will be in the thousands. "We estimate about $50,000 to replace the units that were stolen and $30,000 to secure units across the facilities," Hertz said. "So it's about an $80,000 hit to this development."

Metro Detroit caught a break weather-wise this morning when anticipated high winds, hail, and thunderstorms that left Wisconsin soaked largely left Southeast Michigan dry in the early hours of Thursday. While concerns of storms remain for the remaining morning, they won't be the floodwaters we're so used to seeing.

Still a chance for showers or even a storm until 10AM

President Joe Biden and a bipartisan group of senators reached an agreement Wednesday on a $1 trillion national infrastructure package, and the Senate appeared ready to begin consideration of the key part of the administration's agenda. An evening test vote was possible.

Biden welcomed the accord as one that would show America can "do big things" — with the most significant long-term investments in nearly a century, he said, on par with building the transcontinental railroad or the Interstate highway system.

"This deal signals to the world that our democracy can function," Biden said in a statement. "We will once again transform America and propel us into the future."

Lead GOP negotiator Sen. Rob Portman of Ohio announced the deal earlier at the Capitol, flanked by four other Republican senators who have been in talks with Democrats and the White House on the bipartisan package.

"We now have an agreement on the major issues," Portman said. "We are prepared to move forward."