A jury convicted a Detroit cop of assaulting fellow Officer Christopher Williams in a case that made national headlines, embarrassed the Detroit Police Department, and humiliated an 18-year veteran of the force.

"We the jury in the above-entitled action, find the defendant Thomas Michael Joseph Jones guilty," said the jury foreman.

A jury convicted a Detroit cop of assaulting Officer Christopher Williams in a case that made national headlines, embarrassed the Detroit Police Department, and humiliated an 18-year veteran of the force.

"I’ll be able to get some sleep now after all this time, so it’s a good thing," said Williams.

It was a little more than three years ago when Officer Tom Jones, a white man, chased Williams down, shoved him into a fence, and forcefully handcuffed him at the department’s training center where roughly 100 plainclothes cops were logging hours to meet yearly training standards.

Jones saw Williams with a large amount of cash on his person in the bathroom of the training center and suspected of him wrong-doing.

"For him to work the street, what would he do to my grandmother, to my mother," Williams said. "I hope he wouldn’t put them in cuffs for having money on them."

"The element of race doesn't escape me either," said attorney Todd Perkins. "That this white officer saw fit to tell this Black man, that you’re not supposed to have this kind of money on you."

Williams saw the incident as a clear case of racial profiling.

DPD Chief James White, who was an assistant chief at the time, panned claims of racism and said Jones’ actions were not unreasonable - if he suspected Williams of a crime.

"With regards to the actions of an officer encountering someone with money that’s never okay," White said.

The chief says his initial assessment of the incident in 2019 was dead wrong and rooted in bad information.

"The briefing that I got on what transpired had a lot to do with people from the outside being in the building, and doing work, and that people didn’t know who were the police, and who weren’t, because there were so many people in the building putting in a new gym at the time," White said. "Immediately when we got into the investigation we found that that was not completely accurate."

Related: Black Detroit police officer: I was profiled by white cop for having large sum of cash

That led DPD to send the case to the Wayne County Prosecutor’s Office which charged, tried and got a jury to convict Jones.

And although he’s still on the job, he’s been off the streets since 2019 and more disciplinary action is looming.

"If this is racially motivated and the investigation is pretty much concluded with a few exceptions that will start after the criminal proceedings," White said, "there’s no room for anyone who operates that way in the police department."

FOX 2: "Should this guy still be a Detroit cop?"

In the meantime, there is a civil suit pending against Officer Jones and the City of Detroit. Christopher Williams’ attorney says barring any appeals from Jones, they’ll be reviving that lawsuit. 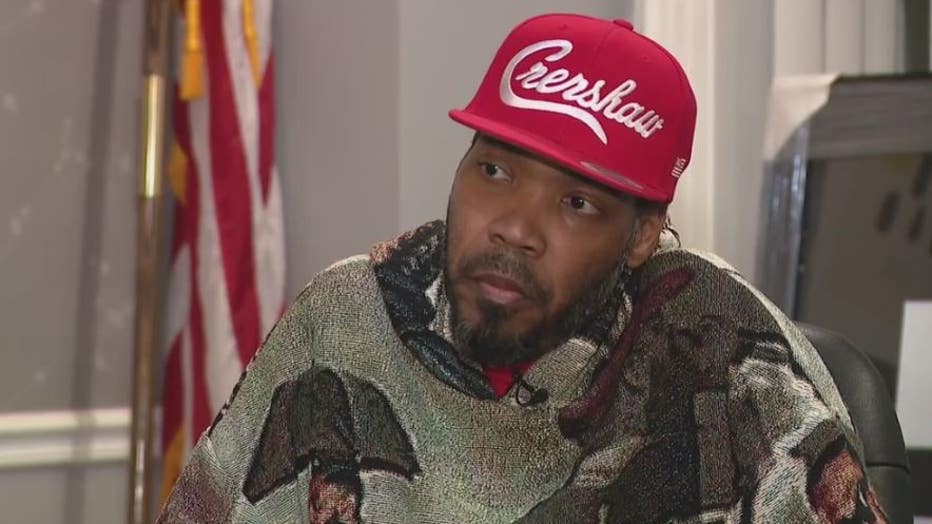