President Biden and Sectary of State Antony Blinken host an energy and climate forum. The U.S. is asking other countries to slash by at least 30% in the next decade. LiveNOW from FOX | Raw & unfiltered news

WASHINGTON - Worsening climate change requires that the United States do much more to track and protect refugees fleeing natural disasters, the Biden administration said in a series of grim assessments Thursday on the growing challenges facing the country as the world warms.

Separate assessments from U.S. intelligence and defense officials outlined the rise of global tensions and resulting heightened threats to U.S. security, outlining a more dangerous world with more desperate leaders and peoples as temperatures rise. One, a first-of-its-kind intelligence assessment on climate change, identified 11 nations of greatest concern, from Haiti to Afghanistan. 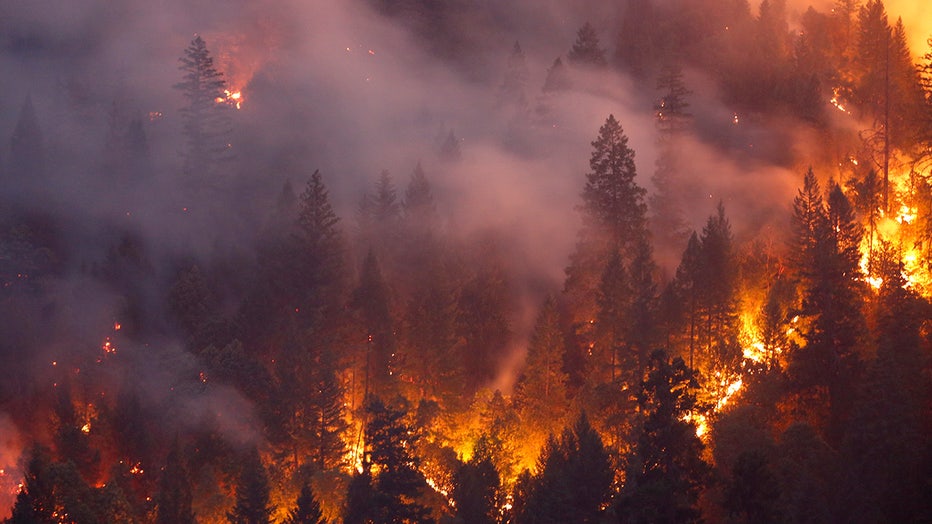 The report recommends a range of steps: doing more to monitor for floods or other disasters likely to create climate refugees, targeting U.S. aid that can allow people to ride out droughts or storms in their own countries, and working with Congress to consider humanitarian visas and other protections for people displaced by extreme weather.

It also urges creation of a task force to coordinate U.S. management of climate change and migration across government, from climate scientists to aid and security officials.

Each year, hurricanes, the failure of seasonal rains and other sudden natural disasters force an average of 21.5 million people from their homes around the world, the U.N. High Commissioner for Refugees says. Worsening climate from the burning of coal and gas already is intensifying a range of disasters, from wildfires overrunning towns in California, rising seas overtaking island nations and drought-aggravated conflict in some parts of the world.

"Policy and programming efforts made today and in coming years will impact estimates of people moving due to climate-related factors," the report said. It was ordered by President Joe Biden and compiled recommendations of federal agencies across government. "Tens of millions of people, however, are likely to be displaced over the next two to three decades due in large measure to climate change impacts."

The Biden administration is eager to show itself confronting the impacts of climate change ahead of a crucial U.N. climate conference in Glasgow, Scotland that starts late this month. That’s especially so as Biden struggles to get lawmakers to agree to multibillion-dollar measures to slow climate change, a key part of his domestic agenda.

No nation offers asylum or other legal protections to people displaced specifically because of climate change.

Biden in February ordered his national security adviser to conduct the months-long study that included looking at the "options for protection and resettlement of individuals displaced directly or indirectly from climate change."

As part of its push Thursday, the administration released its first national intelligence estimate on climate change.

National intelligence estimates are benchmark documents created by U.S. intelligence agencies that are intended to inform decision-making and analysis across the government.

The estimate found a warming planet could increase geopolitical tensions particularly as poorer countries grapple with droughts, rising seas and other effects, while they wait for richer, higher-polluting countries to change their behavior. Climate change will "increasingly exacerbate risks to U.S. national security interests," according to the estimate.

Strains on land and water could push countries further toward conflict. In South Asia, much of Pakistan relies on surface water from rivers originating in India. The two countries are nuclear-armed rivals that have fought several wars since their founding in 1947. On India’s other side, about 10% of Bangladesh’s 160 million people already live in coastal areas vulnerable to rising seas and saltwater intrusion.

The intelligence community needs more scientific expertise and to integrate climate change into its analysis of other countries, the officials said.

The United Nations says there may be as many as 200 million climate-displaced people worldwide by 2050.

According to a World Meteorological Organization report released in April, an average of 23 million people have been displaced each year by climate change since 2010. Nearly 10 million were recorded in the first six months of last year. Most moved within their own country.