FOX 2 - As the controversy surrounding the 2020 election continues, Michigan's Republican legislative leaders walked into The White House for what is being called an extraordinary meeting with President Donald Trump.

Democrats have their own concerns saying they are outraged by the president's clear attempt to change the results of the election.

But he didn't elaborate what the meeting was about.

"Of course, of course," Shirkey said.

FOX 2: "There's some real issues in this campaign aren't there?"

"That's not why I'm excited, it's cool to go to the White House," Shirkey said.

This comes as President Trump's campaign has talked about the idea of trying to get state legislatures to appoint electors who would overturn President-Elect Joe Biden's win.

Both Shirkey and State House Speaker Lee Chatfield have said they won't do that. But activists aren't convinced.

"We feel if it does get overturned we are watching Democracy in our country die right now and we can't let that happen," said an activist.

Meanwhile, Chatfield took to Twitter, saying in part, "No matter the party when you have an opportunity to meet with the President of the United States you take it. I won't apologize for it. I'm honored to speak with POTUS."

"This is not an advocacy meeting, he routinely meets with lawmakers from across the country," said Kayleigh McEnany.

Democrats have their own concerns saying they are outraged by the president's clear attempt to change the results of the election.

"This goes beyond partisan politics and it's an attempt to subvert our democracy and undermine Michigan voters," said US Rep. Debbie Dingell (D-Dearborn).

"They need to choose the United States over the person sitting in the office and that's really what this is about," said State Rep. Tyrone Carter (D-Detroit.). 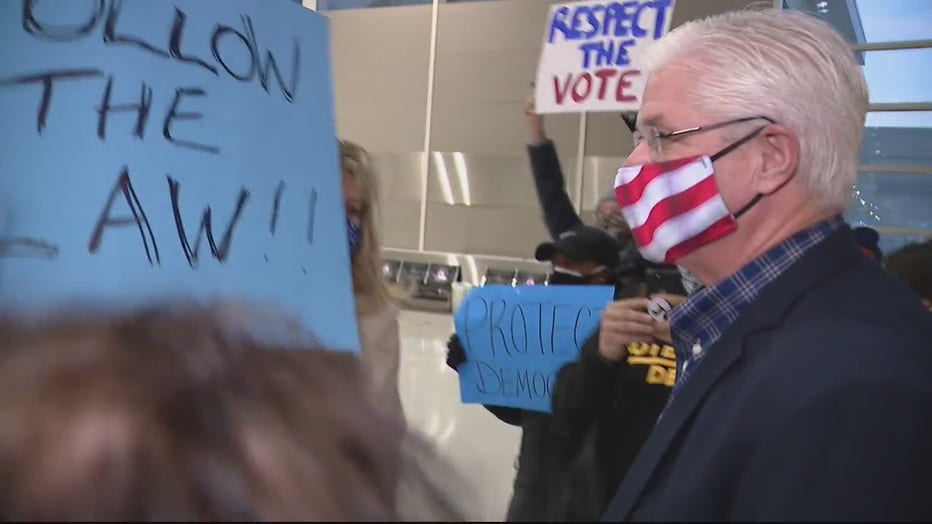