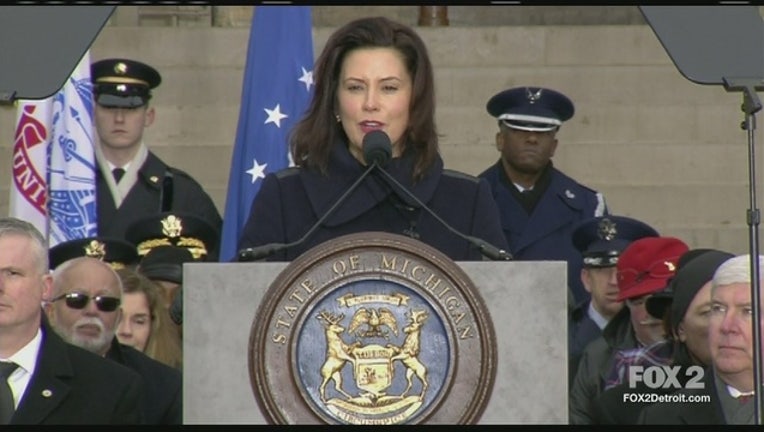 (FOX 2) - Michigan Gov. Gretchen Whitmer is seeking to move the State of the State address to Feb. 12 to avoid conflicting with the president's State of the Union address.

President Donald Trump announced Monday that the State of the Union address would be moved from its orginally scheduled date of Tuesday, Jan. 29, to a new date -- Tuesday, Feb. 5. That would have fallen on same day Gov. Whitmer has scheduled Michigan's State of State address.

Whiter announced Tuesday that she hand-delivered a letter to House Speaker Lee Chatfield seeking to move this year's State of the State address to Feb. 12.

On Jan. 16, House Speaker Nancy Pelosi asked Trump to postpone his State of the Union address to the national until the government reopened, says the partial shutdown raised concerns about security preparations for the speech. She noted that the Secret Service and Department of Homeland Security have been without funding for almost four weeks. Pelosi wrote that "given the security concerns and unless government reopens this week, I suggest that we work together to determine another suitable date after the government has re-opened."

Over a week later on Jan. 25, Trump signed a bill that temporarily opens the federal government for three weeks, ending the longest shutdown in U.S. history at 35 days. Trump backed down from his demand that Congress provide more border wall money before federal agencies get back to work. But he warns that the government could shut down again "if we don't get a fair deal from Congress."

The agreement to open the government came as about 800,000 federal employees missed their second consecutive paycheck.

As part of the deal, a bipartisan committee of House and Senate lawmakers is being formed to review border security recommendations. Trump said the deal will take care of millions of people who were getting badly hurt by the shutdown.