LANSING, Mich. - Gov. Gretchen Whitmer was doing what governors do -- getting ready for her State of the State, writing a new state budget, and all that stuff, when her chief of staff said she should expect a call.

Soon, House Speaker Nancy Pelosi was on the line asking the Michigan governor to give the Democratic State of the Union response.

"It was mind-boggling, to be honest. This is not something that I've ever really thought about," she said. "When Speaker Pelosi called, of course, I said yes because what else can you say to Speaker Pelosi."

Only days after her State of the State address, Michigan Gov. Whitmer will be addressing a national audience

Michigan Governor Gretchen Whitmer details what kinds of things she wants to talk about during her response to the State of Union address delivered by President Trump.

Speaker Pelosi told the governor she had 10 minutes to respond to the president and could say whatever she thought was important. For those angry Democrats who want her to blast away at the president, the governor says she will not.

"I am going to layout a Democratic agenda - that's how I am. I think that in this country, we can feel so divided," she said. "I think what the people of our country are craving is a vision - a vision that actually improves their lives and that's what I'm going to stay focused on."

But the governor knows this president is unpredictable and he could say something she needs to comment on and if so, she will. 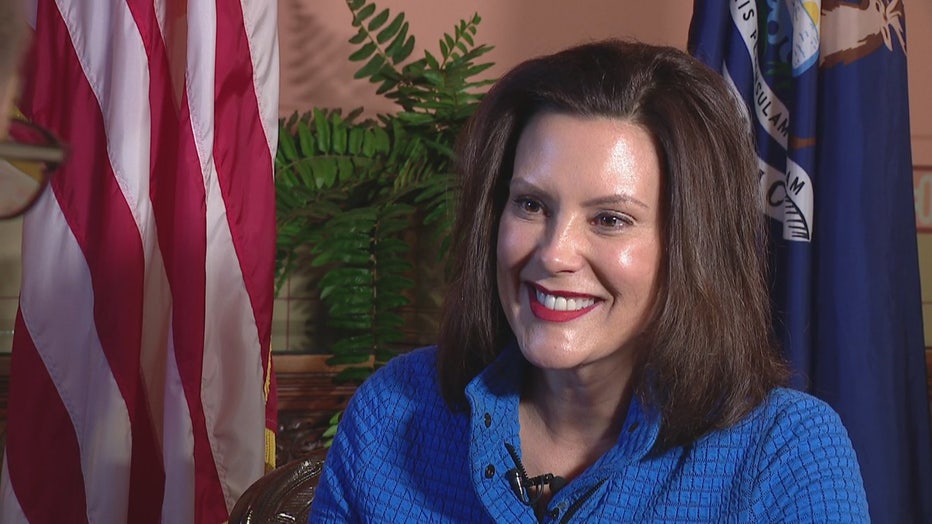 "It's very unpredictable what could be said at the State of the Union and where we are in terms of the impeachment trial. I'm going to have some thoughts going in, but of course, I've got to be somewhat nimble because if something really interesting happens, I think I'll need to make sure to respond to that, too," she said.

The governor is also ready to respond after her moment on the national stage to those Democrats who think she would make a great vice president candidate. It's a distraction and a notion she is rejects.