Michigan Governor Gretchen Whitmer has ordered state departments to prepare to vaccinate children between the ages of 5 and 11 as fast as possible, once approved.

DETROIT - Michigan Gov. Gretchen Whitmer on Tuesday directed the state to expedite the ordering of Pfizer’s COVID-19 vaccine for children ages 5-11 so that it will be quickly available once the federal government gives it the green light.

Republicans who control the Michigan Senate, meanwhile, passed bills that would prohibit health and school officials from requiring coronavirus vaccinations for children if the vaccines lack full federal approval. The legislation also would bar school masking and, if students are asymptomatic, COVID-19 testing requirements. The Democratic governor likely will veto the measures if the House sends them to her desk.

Her directive came the same day an advisory committee to the U.S. Food and Drug Administration began deliberating whether there is enough evidence that the shots are safe and effective for the age group. Michigan has 825,000 5- to 11-year-olds. The FDA panel unanimously approved the vaccine for children between the ages of 5 and 11.

The governor called the pending authorization a "game-changer" that will protect kids as they attend school, participate in extracurricular activities, and see friends and family. The state has pre-ordered 287,000 doses of the pediatric vaccine.

A study of elementary school children found that the Pfizer shots are nearly 91% effective at preventing symptomatic infection, even though the youngsters received just a third of the dose given to teens and adults.

"My directive today ensures equitable, expedited distribution of the vaccines. Parents should sign up to protect their kids," Whitmer said in a statement.

Vaccines offered by Moderna and Johnson & Johnson have been authorized on an emergency basis until the FDA grants full approval.

Michigan generally requires schoolchildren to be vaccinated against diseases such as measles but allows medical, religious, and other waivers. Although there has been no attempt yet to require COVID-19 vaccinations for preK-12 students, GOP senators said they were taking preemptive steps and standing up for parents’ rights. 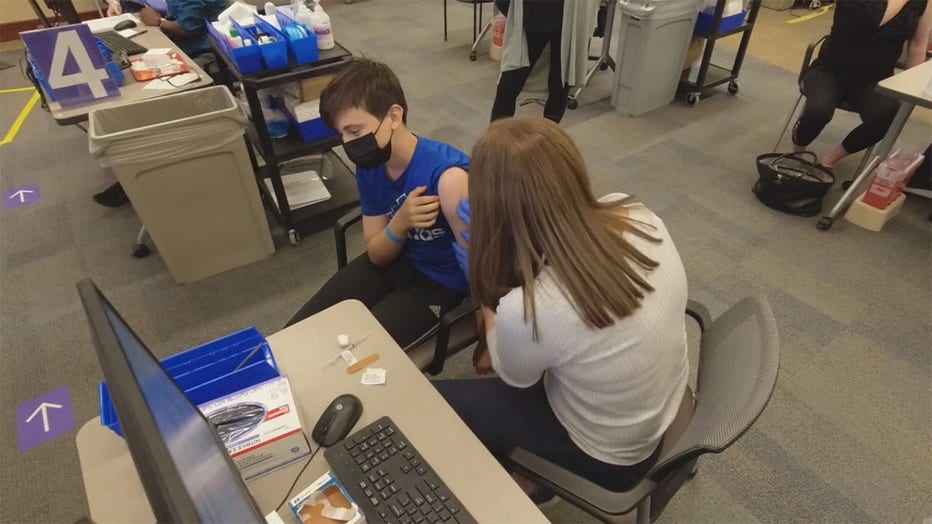 A teenager getting a COVID-19 vaccine in Minnesota.